Sudha Menon, of the ‘Leading Ladies: Women who inspire India (2010)’ fame, launched her second book – ‘Legacy – letters from eminent persons to their daughters’ published by the Random House India.

Some excerpts from the author’s quotes…:

“I have written this book for my daughter” said Ms. Menon. “…For years, I wanted to tell her so many things. Young adults have a way of telling their mom’s to chill when it comes to certain subjects. So I thought why not join forces and put it in letters…” she continued when asked about how the entire ideation for ‘Legacy’ begun.

“I have even received feedback from men congratulating me!” Ms. Menon further stated – “…Our children are living in uncertain times, and we all want our kids not to be lost. I am trying my hand at Twitter, Facebook and Whats app. But there is a life beyond it, and this is my way of saying it. I love reaching out to people on Facebook, but I would rather spend more time with people in person…”

The panel consisted of renowned personalities like – Mr. Amit Chandra, Ms. Renuka Ramnath, Ms. Zia Modi and Ms. Shaheen Mistry. All these dignitaries are also a vital part of the book, each of them have contributed letters to their daughters.

A few quotes of the dignitaries when asked about their views on the following:

“Tell us about your youth days… did you write?

“…I wrote a lot. I wrote when I travelled, I sent postcards when I was abroad. I felt a release in writing; it was a form of     expression. Back then calls were expensive and in letters one could talk more freely. Writing was a skill, a measure of art. Today’s generation is modern, but who knows maybe their grand children may write…”

“How much do you think we ape our parents?”

“…When we are younger, we do not agree that we pick up anything from our parents. But I believe strongly that values are passed down in generations. In that phase, when we do something on our own, it shouldn’t be looked down upon. Ordering around is not a virtue…”

A few things from the message you have tried to give your daughter in your letter?

“…It will take a while for my 8yr old daughter to understand the message that I have tried to leave for her. But all I wish to say to her can be summed in a couple of sentences. The first – there is no substitute to hard work. And the second is that you need to be a people’s person in order to win the marathon of life. Everybody tries to look smart on the edge, but at the end, it is all about relationships…”

How do you think a woman can juggle her personal and professional life?

“…I think, somewhere along the line I let go of the guilt. The guilt of not being around. What I wanted to leave my gals with is an example that was different. I have worked with kids from a very young age and explaining to my kids and showing them what I wanted to achieve, the conversations with my children changed. It is not a typical traditional arrangement, but my kids know me for what I am…”

When asked what message would she like to give her daughter, Sudha Menon concluded saying – “I would like to tell her to spend some more time with her parent, and even more, with her grandparents; because you need to know your roots. You have to guide your children. You have to give them role models, something to aspire for…”

From business tycoon – Mr. Narayan Moorthy, to popular chef – Mr. Sanjeev Kapoor, the badminton champ Mr. Prakash Padukone, to classical dancer Ms. Mallika Sarabhai, and many more; Sudha Menon has skilfully compiled various beautiful messages and engraved them in paper. So grab your copy soon, it is definitely a book you would wish to cherish!

The author is a journalist with over two decades of experience in news and feature Writing. She has Worked in some of India’s prominent newspapers, including The Independent (The Times Group), The Hindu Business Line and Mint.

This piece of work is not a personal interview. The quotes stated above have been transcribed from the live book launch. The pictures attached with the profiles have been taken from the internet. The photos attached to the post are original and clicked by the attendee. 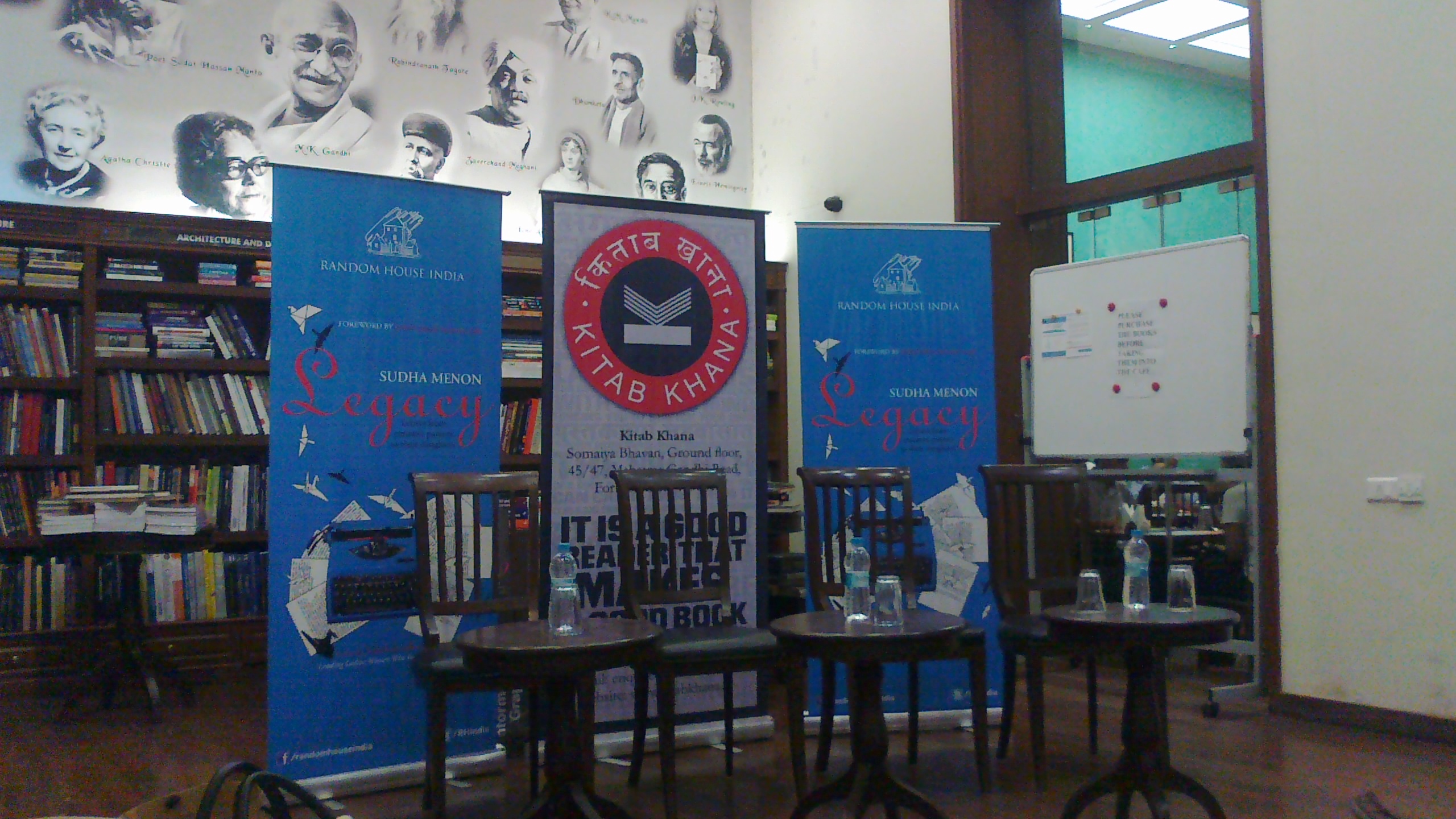 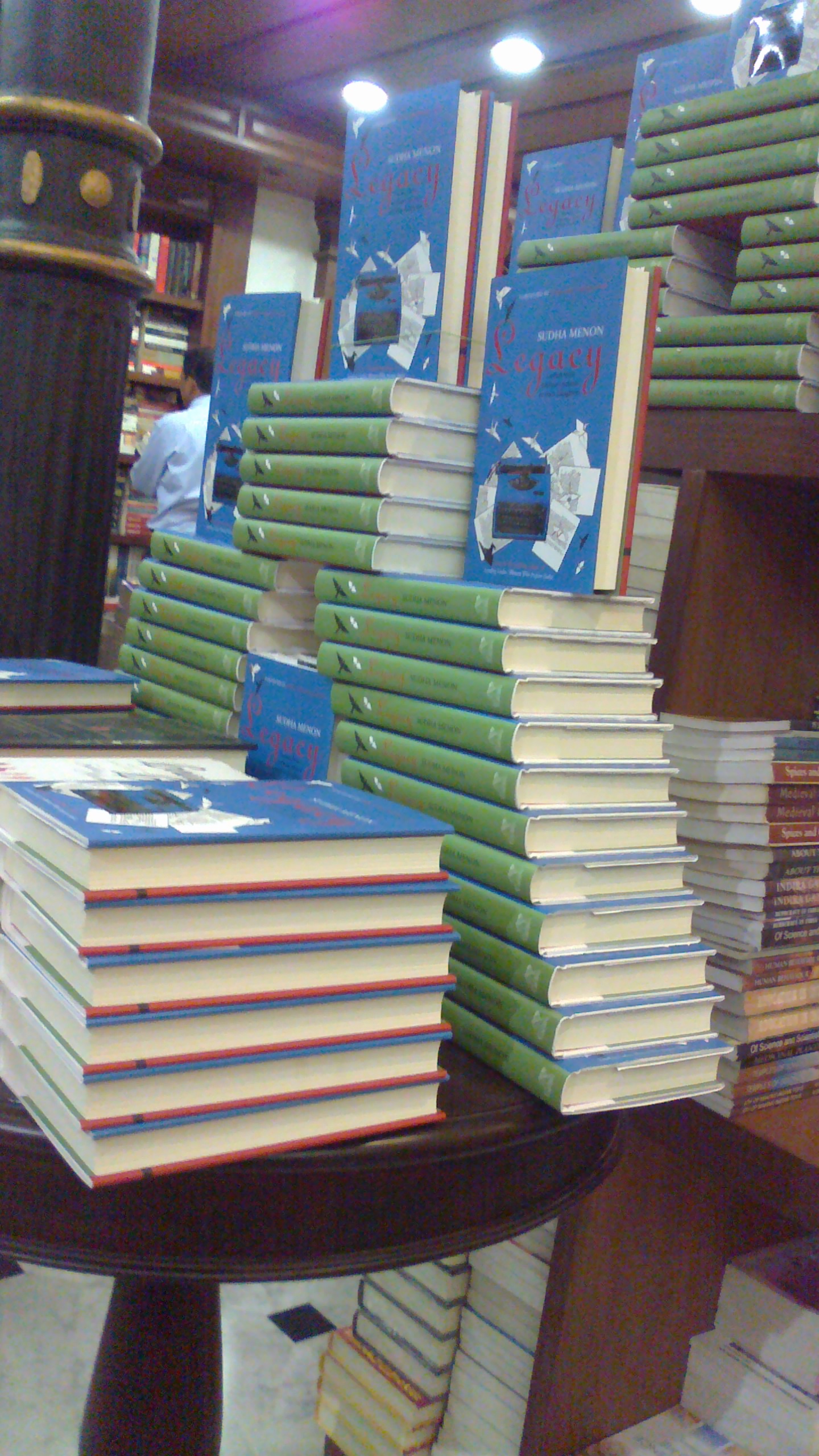 The author interacting with the crowd… 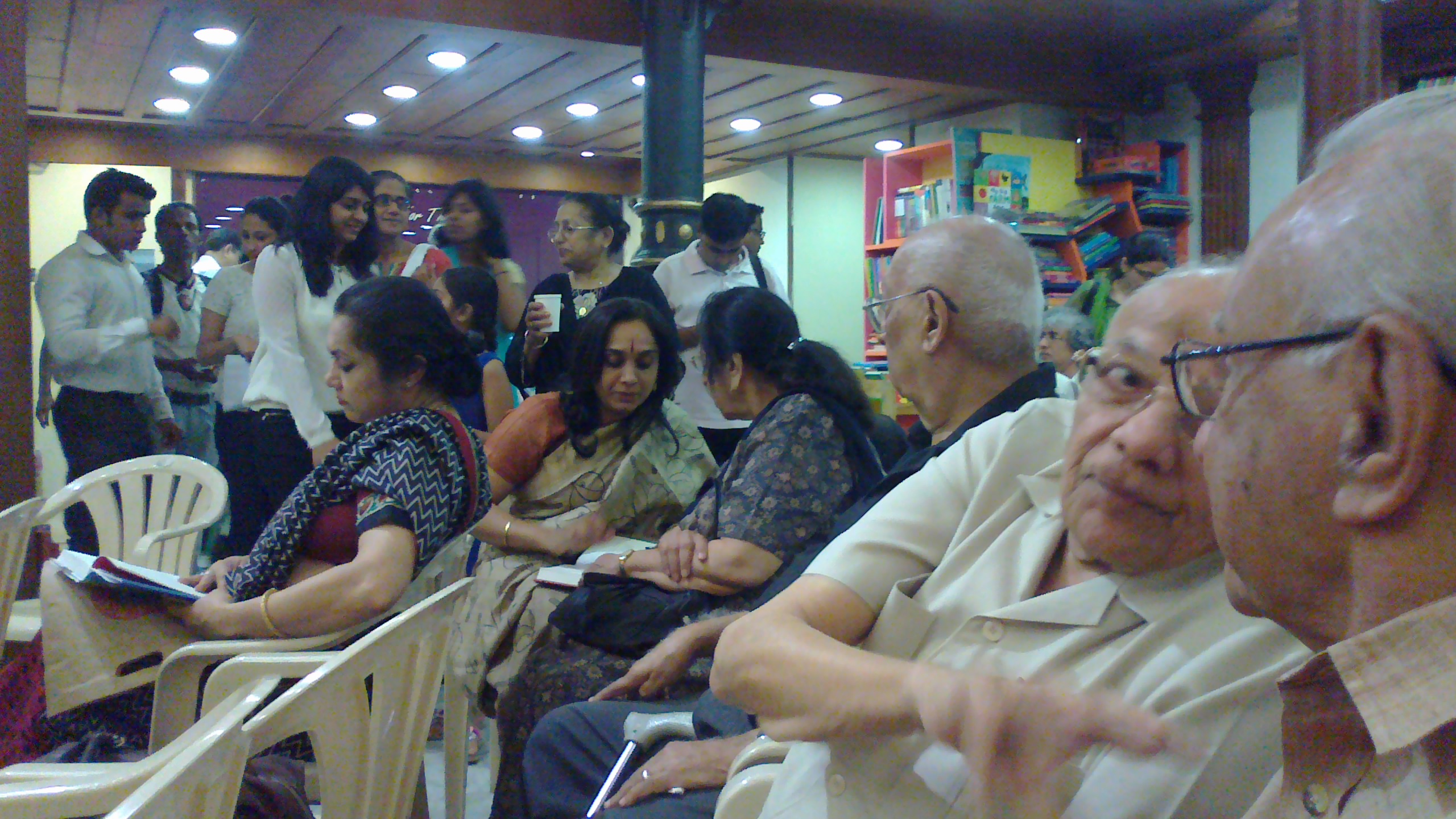 Introduction to the panel… 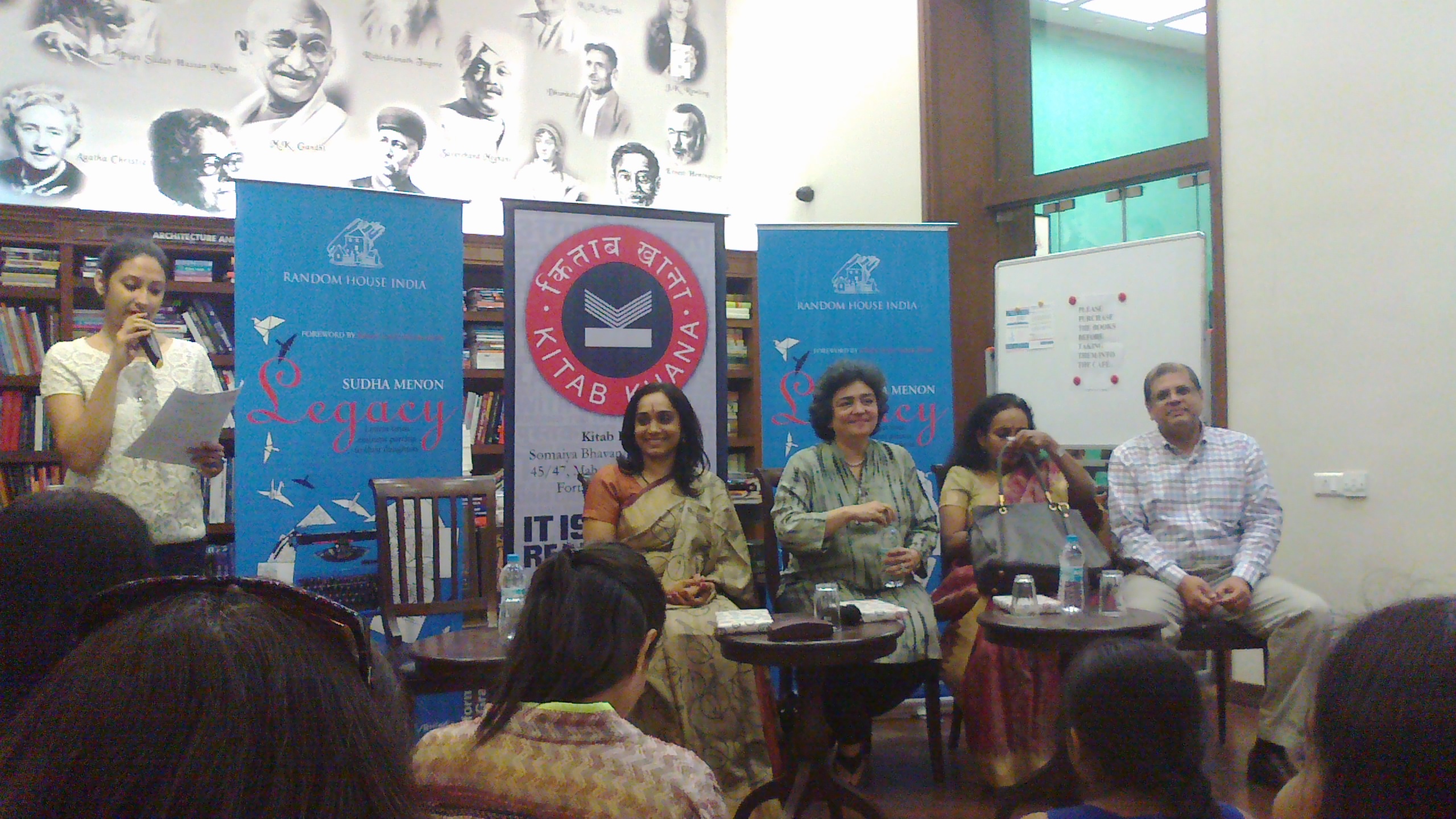 The Book launch of Legacy – by Sudha Menon… 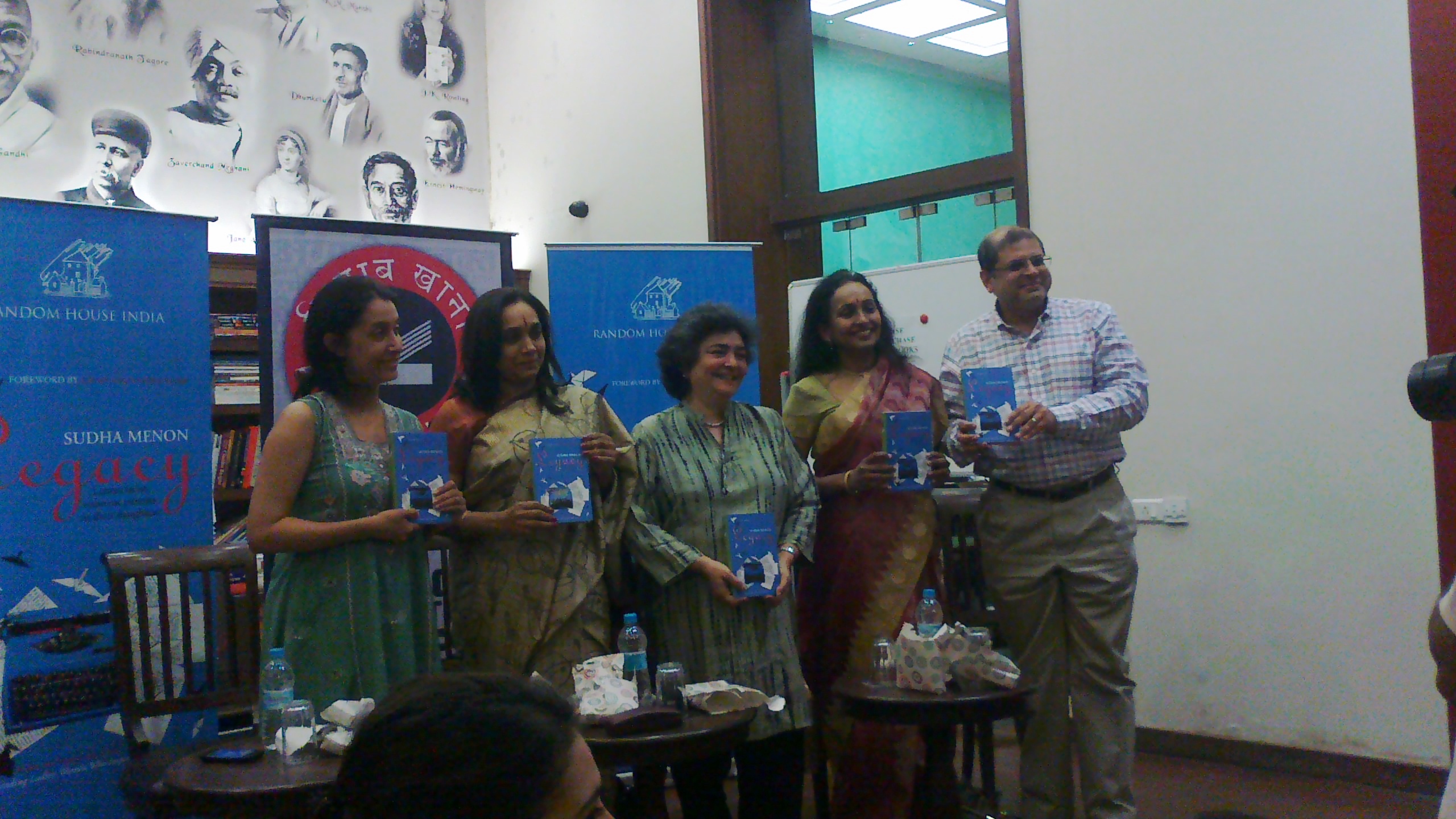 Book signing by the author… 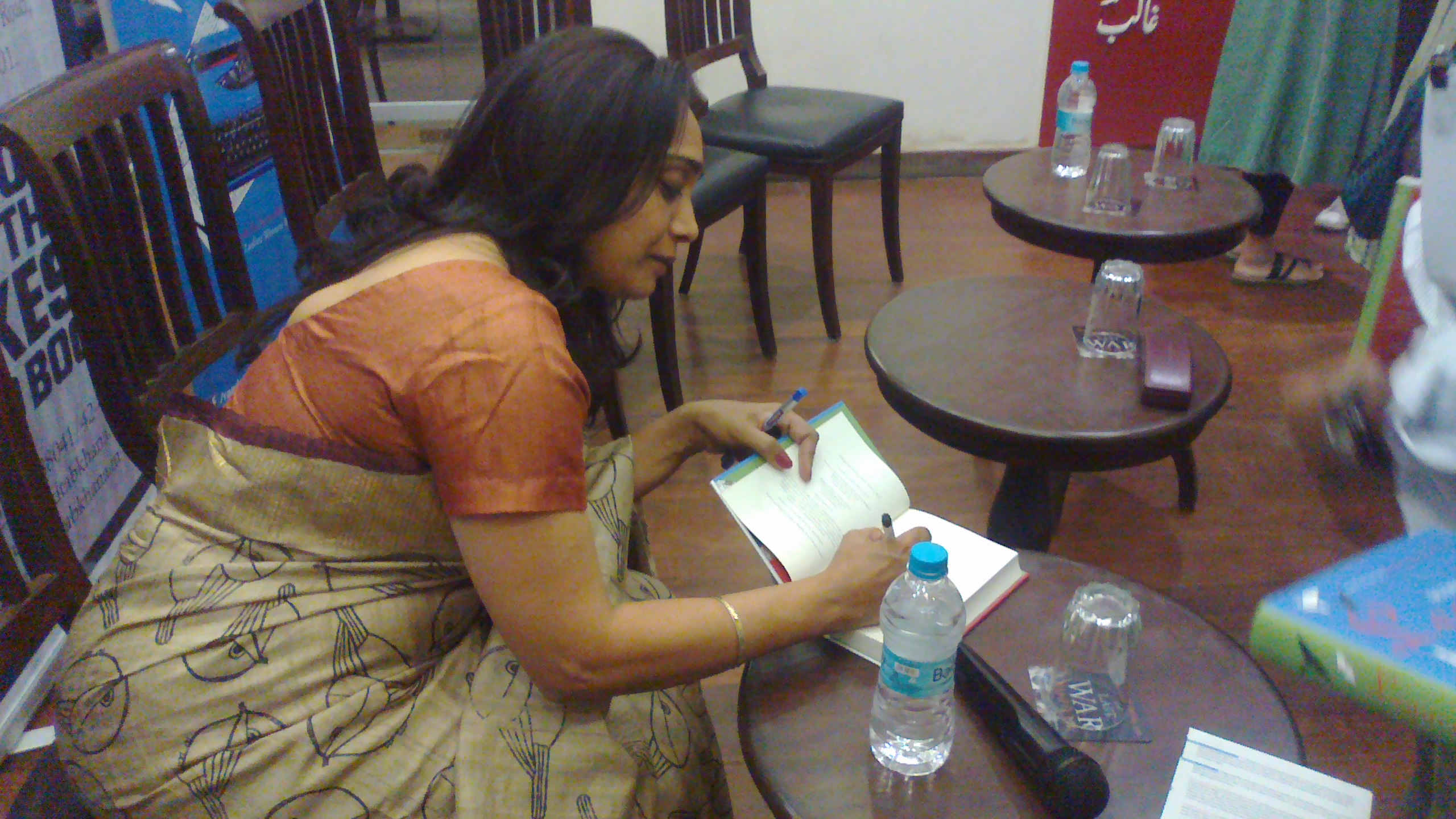