Catch-22 is a good book – there is no doubt about it. When you consider that the greater part of “World War II fiction” is synonymous with the works of Frederick Forsythe and Alistair Maclean, Catch-22 is a much needed breath of fresh air and possibly one of the most mature novels of its kind. Exciting the book definitely is, but is it important?

Maybe. The title has entered the English lexicon as a popular substitute for “vicious circle”. The book itself has acquired a cult of its own in most culturally refined circles. Most modern day satirists consider Catch-22 as a benchmark for whatever they do. 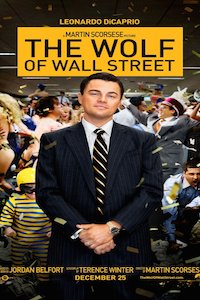 The Wolf of Wall Street!

Now just wipe the slate clean and consider The Wolf of Wall Street – the movie, not the book. It’s bound to have a cult following sometime down the line but it has to live with the fact that it wasn’t even worth a single Oscar. TWOWS is an incredibly well-made and entertaining movie but at the end of the day it is a “fun” movie and not the cautionary tale of Jordan Belfort that it had half-preached itself to be.

The grouse I have with Catch-22 is that it is not offensive enough. Amidst all the satire, you get a faint whiff of tragicomedy at times – the feeling that the author is trying to tug at the strings of your heart. America in the early 1960s was transitioning between a resource-draining Second World War and a potentially devastating Cold War. So while the Army Air Force might have been prone to bureaucracy and averse to reasoning, public sentiment to an extremely scathing indictment on the same might not have been kind. I believe that Heller toned down his content somewhat with the introduction of a few extra characters who are not central to the plot and, in the later part of the narrative, the desolation of war.  Even then, Catch-22 was slow to pick up sales and positive reviews.

However, there are a few things that you cannot take away from Catch-22 for all that is there in the world. The first of those is Heller’s impeccable sense of black humour. Sarcasm at its best (worst?) is prevalent throughout the story and, while it mellows down towards the end, there is always more than too little of it. What makes it more remarkable is that this was Heller’s debut – he set such a high standard for himself that he found it difficult to match it in his later works. 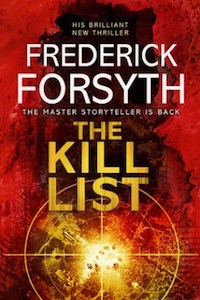 And then there is the portrayal of the lead characters. Yossarian may be the lead character but he cannot hold a candle in his dreams to Milo Minderbender. A fiercely original and exasperatingly humourous creation, Milo is the epitome of the ultimate opportunist – someone who runs a highly business syndicate at the expense of war and someone who bombs his own airbase for profit. Not to speak of the brief but captivating back story of the Henry Fonda look-alike Major Major Major Major and (spoiler alert!) the dead-yet-alive Doctor Daneeka who is at the heart of the ubiquitous Catch-22 theory which states that a pilot has to be crazy to be relieved from combat duty, but if he wants to be relieved from duty, he isn’t really crazy. Heller has an uncanny knack for understanding human behaviour and a discreet depiction of the Seven Sins – lust, gluttony, greed, sloth, wrath, envy and pride – is predominant throughout the novel.

All in all, I might have been over-critical for two reasons – a) I was expecting too much since this book came with a glowing recommendation (one thing which brings out the skeptic in me)and b) I read this book too late in life to enjoy its nonsensical brilliance. Perhaps a more neutral reading might have induced me to write a few more kind words. Nevertheless I stick to what I have said – you must read Catch-22 but don’t read too much into it.

Check out The Guardian’s special ’50 years on’ review of Catch-22 here.