Its that time of the year again when authors and literature lovers from all over the country and beyond descend at the historic Diggi Palace in Jaipur for the largest and most prestigious literature festival in Asia-Pacific: The Jaipur Literature Festival. Into its sixth year now, the annual festival has already gained great prestige and fame for bringing together some of the most brilliant thinkers and writers from all over the world for interactive sessions, debates, talks and readings.

The festival is an initiative of writers Namita Gokhale and William Dalrymple. As South Asia today witnesses a growing trend of literary festivals and events, the Jaipur Literature Festival remains the most distinguished of the lot. This is evident from the huge crowds that gather every year to attend the events. The Jaipur Literature Festival remains one place where people come in large numbers, not to catch a glimpse of some celebrity, but to celebrate their love for literature.

The Jaipur Literature Festival has only been growing in popularity. The last year saw more than 100, 000 people attending. In 2012, the festival got a lot of Indian and international media attention, though not always for the right reasons. The festival which started as an attempt to encourage homegrown talent and provide literature lovers a platform to connect with their favourite writers is now being criticized for its alleged commercialization of literature and over-dependence on “celebrity” writers to draw in the crowds. The 2012 festival saw enormous media attention being bestowed on the star talk show host, Oprah Winfrey and the controversial British Indian author, Salman Rushdie. However, apart from these much popular individuals, the line-up also featured other less popular but in no way less eminent scholars and writers. So lets rewind to this time last year, and review the 2012 festival: 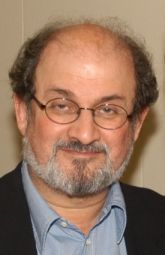 Salman Rushdie made headlines last year for his- wait for it- non-appearance in the Jaipur Literature Festival. And quite unfortunately, more media attention was showered on him for not attending the festival than on the authors who actually attended it. Rushdie has long been condemned by the conservative Islamic society for allegedly insulting the faith. His book Satanic Verses which contained a controversial depiction of the prophet Muhammad, resulted in him being charged with a fatwa asking for his execution and several other violent threats. The book has since been banned in countries with a significant Muslim population, India being one of them. Rushdie was supposed to be one of the star attendees at the 2012 Jaipur festival. However, he pulled out citing a possible threat to his life. The organizers then tried to arrange for the attendees to listen to Rushdie through a video link session but it was cancelled following protests by Muslim fanatics. To register their dissent against the throttling of free speech in this manner, authors Ruchir Joshi, Jeet Thayil, Hari Kunzru and Amitava Kumar read excepts from the banned book in a session at the Festival. They had to flee the country for the action. Salman Rushdie despite not attending the festival, created quite a stir in the media. 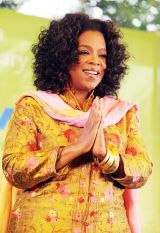 The other media favourite at the festival was Oprah Winfrey, whose session with news anchor Barkha Dutt     was one of the most popular ones at the festival, with people lining up in thousands to watch her. Her session was provided extensive coverage in the media with ample focus on the sari she was wearing and  the places she was visiting.

Jaipur Literature Festival had started off with the aim to promote and encourage good writing and provide some pleasure to the ones who appreciate literature. It was heartening to see that while the media chose to focus on the more popular personalities, the other wonderful sessions also received an enthusiastic response from the audience. Historian Ayesha Jalal, renowned playwright David Hare, spiritual writer Deepak Chopra, Caribbean writer and columnist Jamaica Kincaid and Pulitzer prize winning David Remnick are just some of the names from the plethora of distinguished individuals who attended the event. The 2012 festival carried forward the tradition of transmitting literature to all those who appreciate it. We hope the 2013 festival does the same.

The excitement levels are high, come the 2013 festival. We list some of the major attractions for this year’s event:

One does expect that the festival makes headlines for the authors who are attending than the authors who are forced to not attend. However, it looks quite likely that a similar event happens this year as well. Islamic and Hindu fundamentalist groups are demanding that certain authors be not allowed to attend. The Islamic groups are demanding a permanent ban on the four writers- Amitava Kumar, Hari Kunzru, Jeet Thayil and Ruchir Joshi- who read excerpts from Salman Rushdie’s banned book, Satanic Verses. The Rashtriya Swayamsevak Sangh (RSS), a Hindu right-wing nationalist group is demanding a ban on the participation of Pakistani nationals- writers Mohammad Hanif, Jamil Ahmad, M.A Farooqui and Nadeem Aslam, author and poet Fahmida Riaz and journalist Sharman Ubaid Chinoy– following the recent Indo-Pak tensions at the LoC in Jammu and Kashmir. In the past few days, Pakistani hockey players who were in India to participate in the Hockey India League were sent back and the National School of Drama cancelled plays by two Pakistani nationals during its annual theatre festival. However, the organizers have clearly stated that they are not going to succumb to any such demands. Hopefully, all of these writers will attend the festival this year and add to its glory. Literature should trumps borders and religions. 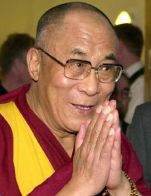 The festival will open this year with a keynote address by prominent Bengali writer, social activist and intellectual Mahasweta Devi. Her address will be followed by a Buddhist prayer chant. The 2013 festival is devoting special attention on Buddhism and ‘The Buddha in Literature’. His Holiness, the 14th Dalai Lama, known to be a keen literature lover will also be in attendance. The sessions on Buddhism will be spread out over all the five days and will explore the origin and principles of Buddhism, and its relevance in today’s times.

The festival this year will also focus a lot more on literature in the regional languages. Writers from around 17 Indian languages will be present. This will be done with the aim to make writers of these languages more accessible among Indian and international audiences. Gender issues will also be an important focal point. Mahasweta Devi, who is a prominent speaker on gender issues will be followed by many more feminist writers from across the globe.

The Jaipur Literature Festival 2013 promises to be yet another literary extravaganza. It is truly turning out to be the ‘Mecca’ for a literature lover. It is also going to be a chance to prove that literature has the power to bind cultures, countries, religions and languages. All that should matter here is love for the written word. Hail literature!