“Power resides only where men believe it resides. A shadow on the wall, yet shadows can kill. And ofttimes a very small man can cast a very large shadow.”

― Lord Varys, A Clash of Kings

After a kingdom starts to fall apart, the second installment of his addictive A Song of Ice and Fire series has its characters fighting one another to claim the Iron throne. 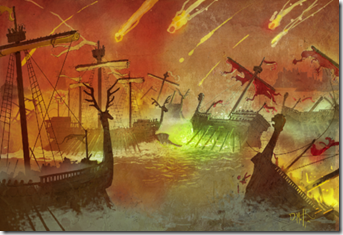 After the last book left us in a lurch with Lord Eddard Stark executed for treason, this sequel starts with Robb Stark marching against his father’s killers. Arya and Sansa Stark are separated with Arya joining a group of men who are to join the Night’s Watch and Sansa waiting to wed the diabolical Joffery Baratheon (Or Lannister!) who seems to enjoy his throne and crossbow. Catelyn is the newly widowed mother with her children scattered across Westeros. Cersei is stumped when Jaime is taken hostage by the Starks while Tyrion plays the game of thrones after becoming the Hand of the King. Theon Greyjoy decides to destroy those who trusted him while Jon Snow continues his journey up north to tackle the Wildlings. Daenerys gathers up her own little army and plans to take over the seven kingdoms with the help of her dragons.

Mr. Martin continues to marvel us with his character portrayals and plays with their innermost thoughts and emotions. He blends love, honor, rage, innocence and fear amongst his characters that slowly seep into the reader’s outlook as well. The way the author captures the workings of his characters’ mind makes you see why the wrongful do wrong and why the rightful do what they do. With the war beginning, the plot gets darker and there is destruction everywhere. Robb Stark, Tywin and Tyrion Lannister’s war strategies and machinations have been developed expertly by the author. Similarly, Arya’s escapades have been crafted well. Jon Snow gains importance in the story through his mission on search for the Wildlings. Daenerys Targaryen’s significance in the story becomes more evident with her dragons. But Tyrion Lannister is the true hero of this book. Many new influential characters emerge like Melissandre, Ser Davos, Asha Greyjoy, Osha etc. 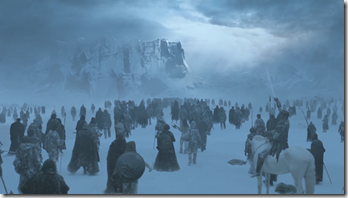 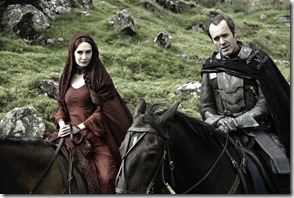 In the beginning, the author is slow with his narrative pace, which might seem like a bit of a drag for a while. But he slowly picks up after that making the book “un-putdown able”. He effortlessly maneuvers you through his plot without any friction at any point. William Faulkner once said, ” In writing, you must kill all your darlings.” I believe that Mr. Martin took this a little too seriously. We lose many more likable characters in this book, making you wonder if the author is little too ruthless. With more new characters, you’d think that you would forget the old ones but that never happens. The author inserts a few lines here and there in a kind of gentle reminder of this fact, which will bring memory back to even the most forgetful of readers. The narration is again in the third person limited perspective but with 9 alternating point of views. The story get a little more supernatural than the last one but the events are blended in a fitting manner that doesn’t make you question any of these mystic activities. 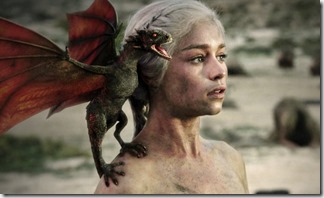 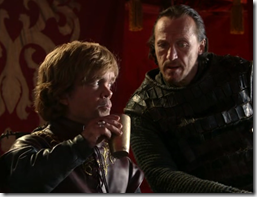 This book is a perfect sequel to the perfect first book! While The Game of Thrones left its readers  wondering what was going to happen next, this book effectively quenches their thirst but only temporarily, leaving behind a lot more cliffhangers that will make you want to pick up the next book very quickly!

For more Clash of Kings, check out The NY Times’ review, as well as this review by Fantasy Book Review.