Read book reviews from other readers
Touted as A Novel of Fevers, Delirium & Discovery, Calcutta Chromosome had to be exceptional as Amitav Ghosh’s any other book. Let’s find out whether our reviewer agrees with the fact or not.“Every city has its secrets, but Calcutta, whose vocation is excess, has so many that it is more secret than any other…” 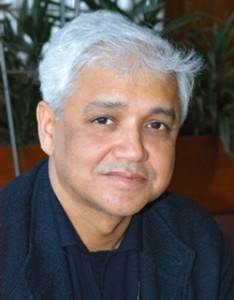 Silence can sometimes deafen. For who knows what things lay behind that mask of things left unsaid. Murky, dangerous secrets that are best left untouched. The Calcutta Chromosome is all about these mysterious depths of things that play themselves out in the backdrop of life.The book is a fascinating mix of science, religion, myth, history, mystery and so much more. Ghosh loves an experiment, as his readers are only too well aware.Each book brings out a new aspect of the writer and the world he writes about. His outlook is breathtakingly refreshing and intriguing.The Calcutta Chromosome might as well go under the name of Murugan’s article on Malaria: ‘An Alternative Interpretation of Late 19th Century Malaria Research. Is There A Secret History?’ For that is what it is; an attempt at questioning the known and celebrated history. It revolves around Ronald Ross’ discovery that malaria is transmitted by anopheles mosquitoes. Murugan is a fan and expert of Ross. He is also the story’s voluble hero. And he is out to find the meanings behind the silence- to try and discover the ‘Calcutta Chromosome’.To summarize the story is futile; it takes away from the rich intensity of the book and simplifies it to a sad extent.The book might come across as slightly complex in its meandering paths down the roads of a ‘hidden’ history. But the style is simple and promises to keep your attention under firm control. Ghosh plays about with the concept of linear time; the takes his reader from contemporary US to the 90’s India and back, and from there to the Victorian Calcutta. The book also incorporates people from different parts of the world. They have nothing to do with each other; they have no similarities that would draw them close in the normal scheme of things. But the world they live in is riddled with (almost unrealistic) coincidences.And once they are in it, they can’t escape.

The characters seem to be pawns in the hands of a secret network of people you would never suspect of being involved in scientific shadiness. It might confuse you, might feel you leaving incomplete and startled, might even frustrate you, but it will definitely make an impression that will not leave you at peace. And the book will be over before you know it- for who is there that doesn’t want to know what lies behind the curtains of silence? It is impossible to say whether you ‘like’ the book or not- maybe that was not Ghosh’s intention. Maybe it was just to make us question the realities we so easily accept. Who knows?

One can only turn to Ghosh for answers here.