Rosie Llewellyn-Jones impeccably reconstructs the life of the often misunderstood King of Awadh with the help of her meticulous research and vivid portrayal of a life much unknown to Indians.

The human mind is so nonchalant. It reads an interesting piece of history, ponders over it and tends to forget it over a period of time. History is full of such ignored and unnoticed lives of which, when we learn the whole truth about, are ashamed for not giving them a second look. The author tells the story of one such life, who tends to be ignored even by our history textbooks.

The author calls this book a story of an extraordinary man, the memory of which still creates a division of opinions and she is right to say so. We all know how the mighty Mughals fell to the East India Company’s divide and rule policy. This is the story of an eccentric, artistic king, who stood helpless and unsupported as the East India Company used him as a pawn in their game to take over his Kingdom. It is a woe filled story that showcases the downfall of what could have been, one of the best era of History. 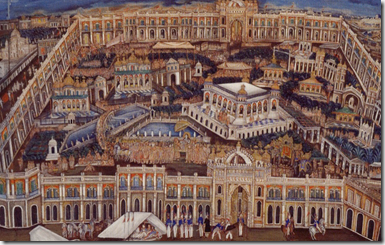 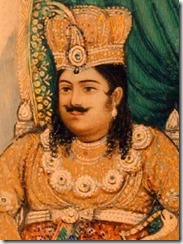 Wajid Ali Shah was one of the most scandalous Kings India could have had, what with 375 wives and an unknown number of concubines! And that’s what we know about him – For his extravagance of the Qaiserbagh Place and Parikhaana (abode of fairies), and his outrageous life of pleasure filled with dancing girls, hundreds of wives and poor administration. Rosie Llewellyn-Jones brings out the other side of his life – as a patron of art, an abused child who grew up to search for true love, a conquest which remained unsuccessful. He was a confused but impulsive person who tried to learn from his mistakes, though the timing was perhaps a little too late. He was a poet, playwright and a dancer, who loved to spend lavishly on directing plays with sets of grandeur and splendors. The other aspect covered here is the strategies of the Britishers on their Indian invasion. This book not only sheds light on the Nawabi rule and way of life but also provides a great insight into the British‘s early conquests in India and their slow assumption of the Indian territory.

The author has described with immense detail the various aspects of the last of the Nawabi King – his relationship with his mother, his wives, his love for art and his rapport with the various British officers. Most of the content is derived from witnesses’ narrations or from the descendants of the royal family. The author needs to be applauded for her efforts she has put into the vast research it takes to write a book of this magnitude. I did get the feeling that the author sided with the debauched King in more than one occasion where he didn’t deserve it, but I felt she does have a right to her opinion. The narrative is not chronological and you might feel it a little abrupt when you start the book but as you proceed you realize the ingenious layout of the book.

This book is a gem and tells you an often-ignored story of a failed king but a great artist who deserves much more recognition than he receives in History.

Read more on this book at History Today and Times Of India .