“The whole thing felt like a bloody joke at my expense.”

At some point or other, we’ve all tuned into a ‘sting operation’ conducted by a news channel, seeing to expose the truth behind a scam or a fake personality. We’ve even had some jail sting operations, where reporters have gone behind those hard bars and shown how anything and everything under the sun can be delivered into a jail ward – at a price, of course. By now, the corruption breeding within our judicial system, at every level, is more or less an accepted truth. Sooner or later, we all succumb to it and unwillingly become a part of it. The cops in our country shamelessly flout rules and bend and twist the truth, just to keep things moving. And sometimes, this could involve implicating an innocent man and letting him suffer, with his fate at the mercy of God.

Chetan Mahajan, a hot-shot from Delhi has everything a man can dream of – great job, fat salary, gorgeous wife, amazing kids and adorable pets. In other words  – a perfect life. He takes up a new job with aspirations and dreams like every employee in a new company. But with lightning speed, his dreams and confidence are shattered.

Everonn, the company where he works, has a chain of IIT classes called Toppers that was not doing well. To make it make worse, one fine day, all 600 students of the classes demand a full refund of their fees.

The matter goes out of control, and in a jiffy, the cops are called. The police of Jharkhand aren’t particularly interested in an interrogation and Chetan is promptly put behind bars, without so much as a trial.

A new day, a new place, a new life

Chetan, who has been wrongfully jailed, thinks that his ordeal would last only for a day or two.  Unfortunately, it lasts for one long and painful month.  Life in prison is dark, dirty and comes with choices that he has to unwillingly make. 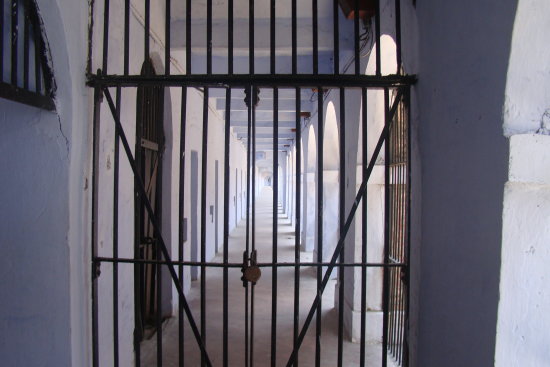 The inside of a prison is supposed to punish – but can that be avoided?

The system in Bokaro jail is like Walmart. Everything is available at a given price. Want a good ward? Better food? Cell phone? Exemption from manual labor? Cigarettes and alcohol? Just show us the bucks and you get it all. Each ward’s price depends on the special facilities available; like TV, hot plate, heater, phone and so on. Each ward has a leader, with whom you can strike a deal and get your creature comforts. To top it all, the inmates are accused of all sorts of crimes and maintaining sanity is a struggle by itself.

Chetan, whose corporate life in Delhi was a stark opposite to this, struggles to live here. But this man is resilient, and slowly adapts, taking one step at a time. It’s heartwarming to see him even make a few friends among the prison inmates.

With his chit chat with these unlikely friends, writing his daily journal and running, Chetan manages to sail this boat.  His story is touching, painful, amusing and certainly enlightening.

Look up The Bad Boys of Bokaro Jail’s Facebook page here, and see what LiveMint thinks of this story!