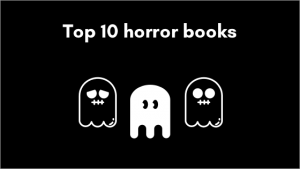 Horror reads are one of life's guilty pleasures. Sure, you may pretend to be a serious reader, you may scoff at horror stories and consider them lowbrow, titillating and gratuitous; but there's no denying their fatal attraction. There's nothing like a good horror story – the scarier the better – to keep you wide awake at night.

While I have no argument with those who prefer blood and guts and gore – hey, to each his/her own – the top 10 horror books I've named below do not abound in these 'props' of horror fiction. Rather, I have preferred those stories that have an 'atmosphere' about them – a feeling of menace, of terror, of the supernatural, or even of gentle melancholy.

Here is a list of books that no lover of spinal chills should miss. Health Advisory: These reads are not for the faint-hearted. Proceed at your own risk! 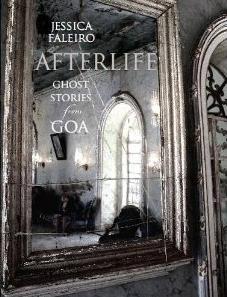 AfterLife:Ghost Stories From Goa. revolves around the Fonsecas, a friendly neighbourhood family in Goa. The gray haired Mr.Fonseca has a wife who is constantly anxious about catering to her guests and searching for a suitable match for her unmarried daughters. The daughters Carol and Joanna are both settled abroad. Faleiro touches upon taboo subjects like immoral priests, reincarnation etc. Afterlife… is a collection of short stories, the kind that are narrated in villages where each person has his own version of the story. The stories are not hair-raising or bone-chilling; strictly speaking, it is not the 'horror' in them that defines them. They are more in the nature of social commentary on Goan Catholic lives, using the supernatural and people's belief or disbelief in it, to carry the stories forward. If you've seen the movie Trikaal by Shyam Benegal, you might have a glimpse into this shadowy world already; the atmosphere evoked by this book is very similar.

The Call of Cthulhu and Other Weird Stories 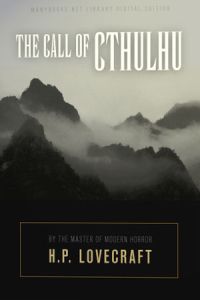 Lovecraft is difficult to define clearly or talk about because of his star writer status, and it is hard to have a list of scary books which omits to mention him. He redefined what horror meant. But whether you find his stories immediately frightening depends on your ability to take his dense prose. Some think his wordy descriptions paint an eerie and unsettling world. Some just find him tiresome. The development of the Cthulhu mythology is all about the lingering slow burn. Lovecraft often follows a pattern in his short stories: an educated man encounters an ancient horror so vast and beyond comprehension that he is driven mad by the mere thought or glimpse. Despite all of our civilization and education, we're powerless pawns against a large brutal universe of half-glimpsed horrors. Read the reviews here. For more details on The Call of Cthulhu, click here. 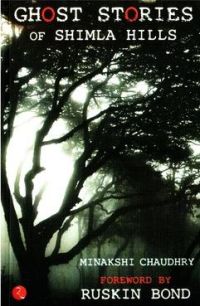 Ghost Stories Of Shimla Hills by Minakshi Chaudhry is a collection of tales about unearthly elements, which have been narrated by the local people of Shimla and presented by the author. Minakshi Chaudhry, an author and journalist, has traveled extensively throughout Himachal Pradesh and meticulously collected ghostly legends from the locals. Haunted bauris, malignant chudails…. this is Indian ghost storytelling at its traditional best. The book was received well, and even spawned a sequel. 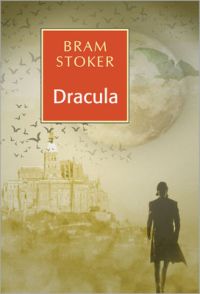 With its many timeless qualities, how could this classic be missing from this list? Dracula was published more than a decade ago. Towards the beginning of the novel, when Jonathan Harker is trapped in Dracula's castle, Harker's journal tells how he was ambushed by three female vampires while resting in an ancient section of the castle. In this scene Stoker showed how horror can be as sumptuous as it is suspenseful. One of the most notable qualities of Dracula is the strength of the main character Mina Murray, who marries Jonathan during the course of the story and becomes Mina Harker. Dracula is on par with contemporary standards in many ways, making it an easy read for modern readers. Read what other readers have had to say about it here.

Ghost Stories from the Raj 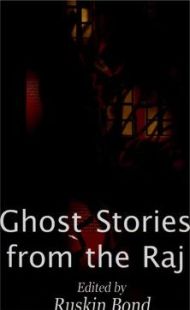 Ghost Stories from the Raj is a collection of short stories, based on the accounts of British officers who lived in India during the British Raj. These burra sahibs seem to have had their fair share of encounters with the paranormal. The book claims that in pre-independence India , ghosts, spirits and other paranormal beings were an integral part of everyday life. For instance, in certain parts of the country, belief in ghosts dictated the way legal documents were drafted, and spirits were called upon to resolve land disputes! The fear of guardian spirits prevented the theft of crops and people built shrines to protect themselves from man-eating tigers. Makes one wonder how the British ruled over us Indians for centuries… they seem to have been quite busy dealing with the rules for ghosts! 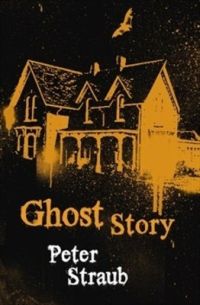 Straub is a of contemporary literary horror, and Ghost Story, his breakout book, touched the height of perfection for a ghost story. The Chowder Society, a group of old men with a tragic incident in their past (a friend of theirs died, in spooky circumstances, during one of their gatherings) all suffer from terrible nightmares and gather to tell each other ghost stories. Until once again they encounter the horrors of their past. Straub treats horror as literary fiction, and comes out with flying colours. This one is calculated to freeze your marrow…. even Stephen King considered it one of the finest horror novels of the late 20th century and provided a lengthy review within Danse Macabre, his non-fiction work on the spectrum of works in the field of horror.

A Face in the Dark 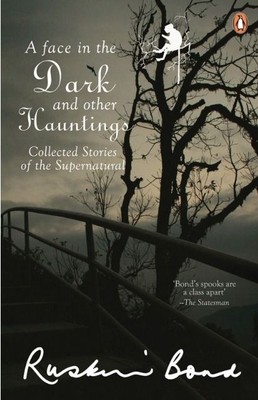 It is well said that Ruskin Bond's readers range from nine to ninety. If ghosts exist, they are probably also reading his books! A Face in the Dark is a beautiful collection of stories, set in the mountains, forests and streams in and around the hills of Shimla and Mussoorie. (Incidentally, Shimla seems to be unusually prolific in ghosts! Obviously it figures as India's Spooksville…. maybe the tourism authorities should take note?) Bond makes his book an immersive experience for the readers. It is a great companion if you are travelling in a bus or a train. There are no typical descriptions of your Bollywood-type scary faced ghosts. But this book talks about strange incidents and hauntings so casually and matter-of-factly, it will make you think twice before you venture out in the dark. Read the review here.

The Haunting of Hill House 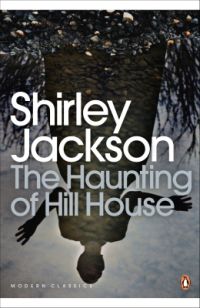 Four diverse individuals decide to spend the summer in the reportedly haunted Hill House: Dr. Montague, an academic looking for proof of the paranormal, his assistant Theodora, Eleanor, a young maladjusted woman, and Luke, who owns Hill House. The group begins to experience strange and inexplicable happenings. What makes The Haunting of Hill House so effective is its unreliable narrator, Eleanor. Being limited by her incomplete perspective makes the reader feel just as unsure and vulnerable as she is. This perspective become more suffocating and intense as the line between the real and unreal and the living and dead becomes more and more blurred. The book was adapted as a movie which failed to live up to its paper twin. 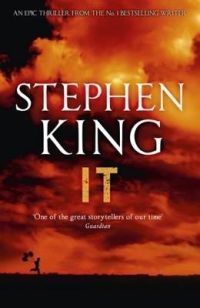 All right, let’s get this out of the way up front: Stephen King is the you-know-what of horror, and if there wasn’t this pesky rule about keeping it to one book per author, this list could almost be wholly populated by his terrifying reads. (Read about another one of his terrifying works here.) IT might be the scariest of the lot, and has the added bonus of being about fear itself — the scariest thing of all. There’s also a murderous, shape shifting clown. (Makes one wonder where a certain famous children's author gathered her inspiration for Boggarts from…..) Now, who’s the one suffering from ‘Coulrophobia’? 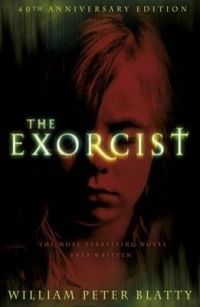 This is one of those cases…. you know the ones I mean, fellow book lover! Everyone's seen the movie; but have you read the book? The Exorcist was based on a supposedly genuine 1949 exorcism that the Catholic Blatty heard about while he was studying. The book is about twelve-year-old Regan, the daughter of a famous actress, who is possessed by a demon, and the Jesuit priest-turned-psychiatrist who attempts exorcism on her. An exceptionally well narrated story, The Exorcist is one of the most detailed and elaborate account on demoniac possession. The tension in the story takes no time to jump out of the book and into the reader's mind. The plight of the child-victim and those around her makes for compelling storytelling. It is fast-paced, unimaginably dark and very realistic…. and hence, terrifying in the extreme.

If you enjoyed reading about these, do check out some more Indian horror stories. Plus: What really makes a horror story spin-chillingly great? Find out here.