A hero is someone who has given his or her life to something bigger than oneself.

The book 'Winning Like Sachin' showcases and illustrates the various attributes of that make Sachin Tendulkar the role model, n 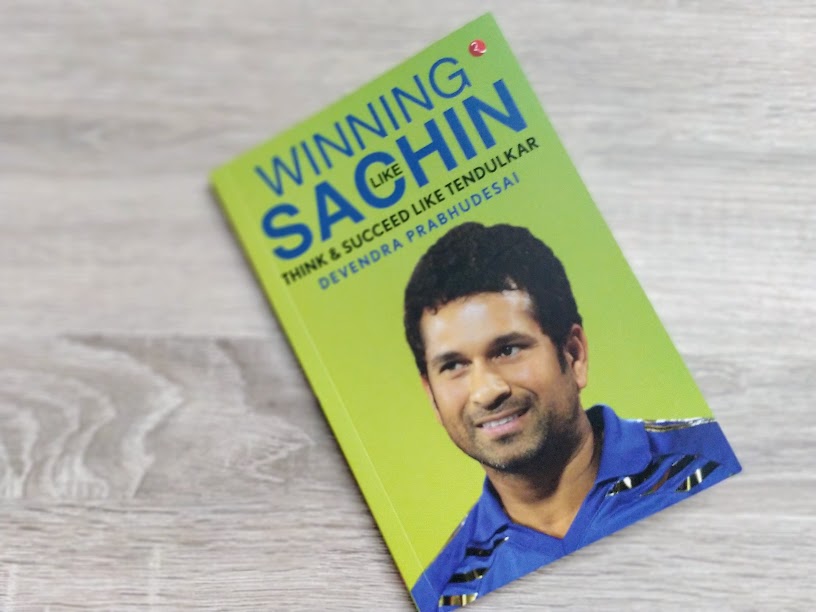 Read the excerpt from the 5th chapter of the book. (To buy, Winning Like Sachin at the best price, click here.)

DO WHAT YOU DO BEST…

The fact that Sachin scored over 1,000 runs in both forms of the game in the calendar year of 1997 did nothing to dispel the claims of his detractors that he had not been batting at his best while leading. On 2 January 1998, he underwent the mortification of learning from the media that he was no longer the captain. Any lesser mortal in his position could have sulked and brooded for days, but Sachin chose to handle the situation by reminding himself of who he was.

He tackled the situation by returning to his roots and making up his mind to concentrate on doing what he did best. While he had done all that he could to turn things around for his team as a captain, he had never been obsessed with that role. What he loved over and above everything else was batting; he was a batsman and a belligerent one at that, first and foremost.

Restored to the opening slot for a limited-overs tournament in Bangladesh, he essayed a succession of blazing innings, all of which rekindled memories of his best knocks at the top of the order, including the 82 runs off 49 balls against New Zealand at Auckland in March 1994.

Others may have perceived the loss of the captaincy as a setback, but Sachin viewed it as an opportunity.

Things turn out best for the people who make the best of the way things turn out. Had Sachin continued to captain the side in early 1998, it might well have been difficult for him to prepare as elaborately as he did for the team’s next assignment—a series against the mighty Australians.

He always aimed to solve the greater problem first. The smaller ones, he believed, would sort themselves out in the process. The greatest ‘problem’, as far as the Indians were concerned, was Shane Warne. Sachin was excited and inspired by the challenge of taking on the leggie, who was expected to be a handful on the spin-friendly Indian wickets. He forgot his frustrations of the recent past when he plunged himself headlong into the preparations for the series. The priority was to find a way to get the better of Warne and his wares.

The leg-spinner had come a long way since his Test debut at Sydney in January 1992, when Ravi Shastri and Sachin himself had treated him with disdain. Left out of the squad after two forgettable Tests against India, Warne had returned a few months later and cemented his place in the Australian team with match-winning performances against Sri Lanka and the West Indies. He had not looked back after bagging 34 wickets in the 1993 Ashes. He landed in India in early 1998 with 303 wickets in 64 Tests and the title of the ‘Greatest Leg-Spinner of All Time’ under his belt. However, there was unfinished business on his mind. There was only one Indian wicket—that of Ravi Shastri’s—among the 303. He was eager, almost desperate to prove himself against the world’s best players of spin, in their backyard.

Sachin decided to stay within the crease as much as he could and play the ball as late as possible. He decided to adopt an open, slightly two-eyed stance, outside the line of the leg-stump, to the leggie. Warne, Sachin knew, would seek to pitch the ball in the rough patch created by the footmarks of the bowlers operating from the other end. This patch, which was situated just outside the right-hander’s leg-stump, also constituted a ‘blind spot’ for right-handed batsmen. An open stance, Sachin reasoned, would enable him to combat the ‘drift’ that Warne generated in the air, as well as the unpredictable bounce and turn he would extract after landing the ball in the rough patch.

Containing a bowler of Warne’s calibre would not work; his attacking bowling could only be blunted by attacking batting. There was hardly any margin of error and therefore, it was critical that Sachin’s timing and execution of strokes were spot-on. Sachin, therefore, requisitioned the help of local leg-spinners and left-arm spinners, all of whom spun the ball from the right-hander’s leg-side to the off. Their brief was to land the ball in deliberately roughed-up patches in the practice nets. Sachin spent hours batting against them in the nets and honed horizontal-batting strokes like the pull, cut and slog-sweep.

He first played Warne in a three-day game between Mumbai and the visitors that preceded the first Test. He blasted a double century, his first in first-class cricket, and the leg-spinner conceded over a run-a-ball. Round one had gone in the Indian’s favour, but Sachin noted that Warne did not land a single delivery in the rough patch created by the bowlers’ footmarks. One legend was trying to outsmart another. There was no way Warne was going to reveal the ace that was up his sleeve in a three-day, ‘side’ game. Both were ready for each other when the first Test got underway at Chennai.

Sachin won his much-published bout with Warne, with scores of 4, 155* , 79, 177 and 31 in the Test series. The mission to neutralize the greatest leg-spinner in the history of the sport involved thorough planning and an incredible amount of hard work. This in turn ensured faultless execution. Sachin’s subjugation of Warne was the highlight of 1998— one of the most successful years of his career.

Excerpted with the permission of Rupa Publications from Winning Like Sachin by Devendra Prabhudesai.