Private Berlin is the final book in the Private series, and it does not disappoint! Read on for what our reviewer, a James Patterson fan, felt about the finale.

I love the fact that in this series, we get to visit different locations around the world. So when I sat down to read this book, I was excited for two reasons; first, because James Patterson is one of the most popular authors, and second, that I haven’t read any of Mark Sullivan’s works before. 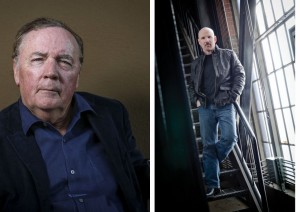 Set in Berlin, the story takes place two decades after the fall of the infamous Berlin Wall. Mattie Engler works for the world’s most influential investigation firm Private. When one of her colleagues (and ex-fiancé) Chris Schneider is found dead (read brutally murdered) in an old slaughterhouse, a cat-and-mouse game sparks up between Private’s elite operatives and a mask-wearing sadistic.

Mattie starts her investigation by looking into the cases that Chris was handling before his demise. One involves an influential billionaire with a penchant for infidelity and the other involves a prodigal football player who is about to be acquired by the British powerhouse Manchester United. Mattie ultimately finds that Chris, who never talked about his past, was a victim of a horrid trauma that is intimately linked with Berlin’s history.

The non-stop action and ever-building suspense certainly makes this book an interesting read. Mattie is the real centre of the story here as she is torn between her responsibilities as a mother and as an operative of Private. She is assisted by former counterterrorism expert Burkhart, whose character I thought was somewhat undercooked.

The thing that most annoyed me while I was reading this book is that I had to stop abruptly sometimes just to read the German names and places correctly. But that didn’t bother me after I was deeply consumed by the details and descriptions of the places and events that made Berlin “the city of scars”.

Patterson has always been an expert at conceiving stone-cold antagonists and the so called Invisible Man in this book certainly deserves a high place among them. His fetish for masks is only dwarfed by his craving to hide in plain sight. The build-up towards the last act is so intense and horrifying that I felt somewhat underwhelmed by the ending.

To Read or Not to Read?

Private Berlin is fast paced, suspenseful and ultimately a solid entry in the Private series. Fans of the series will love the somehow small but substantial appearance of Jack Morgan and other recurring characters. And even if you haven’t read any of the series’ previous instalments, you won’t feel like you missed anything.

Psst. This great series might just become a TV series! Read up about this on Indiewire.