Filled with somewhat lesser violence than his previous books, Child’s latest Jack Reacher venture still manages to entertain its intended audience, with room for some newcomers.

Never Go Back is the 18th outing of Lee Child’s hero/anti-hero Jack Reacher. Jack Reacher, a 6ft 5in, 250 pound mesomorph, is an ex-army major and a peripatetic. He has come to Washington DC with a purpose – to meet the new commanding officer of his old unit, Major Susan Turner. Why? He liked her voice on the phone. But when Reacher gets to Turner’s office, he finds that she is being accused of taking a bribe and is being kept in a military precinct.

Reacher himself is being accused of a sixteen year old homicide, plus a paternity suit. And to top it off, he is now recalled to the army service and eventually finds himself confined to the same precinct as Turner’s. People want him to forget about Turner and run. But Reacher, a creature of habit, prefers doing the exact opposite. He breaks out of the precinct along with Turner and goes on a hide-and-seek cross country trip to California, to find out the truth about the accusations and confront his litigants. 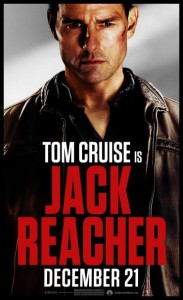 I’ve read a couple of Jack Reacher books before and I like him. I like Lee Child’s snappy writing, his grounded stories, his one-dimensional yet likable characters, his visceral and meticulous action sequences, his conspiracy-prone antagonists, his sole focus on Reacher, and his three-word sentences (‘Reacher said nothing’). Jack Reacher is as superhuman as one can get. He’s like a machine, always thinking, always anticipating. He is feral when he has to, with a tendency to titillate his opponents with dry humour and witty one-liners. He’s a one-man wrecking crew. He can snap necks and break bones with breathtaking efficiency.

The book is a surprise in terms of characters and the knitted plot. Susan Turner, for example, is unlike any woman Reacher has met before. She’s a kindred spirit and at times makes Reacher think about his work etiquette. The confrontation of Reacher with his alleged daughter is very well staged and written. It brings out a whole different side of Reacher and adds some emotional aspects to his character. But the last part of the book is somewhat disappointing and may not suffice long time fans in terms of action and thrills. 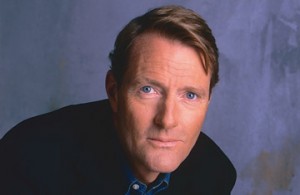 I like the fact that Child is getting some respect from critics these days, and he deserves every bit of it. One may not find, in all the pages of his books, a single sentence worthy of independent admiration. But when put together, one after another, they consume the reader. This book in particular is a gripping and powerful read which may not deliver the best Jack Reacher action, but it certainly captures the essence of the character, and then adds some more to it.

Like this review? See Jack Reacher’s official website and this piece of filmy gossip about Never Go Back.