“Like a shy, but eager newly-wed bride, the country is slowly shedding her chastity belt…this upheaval is not temporary. We are never going back to the India of our past. The sexual revolution has begun, it is gaining pace, and nothing can stop it.”

“Sexual revolution” is an oft-used but rarely justified word. Pour “love” and “marriage” into the revolutionary cauldron, and the task of justification becomes that much more difficult. But it is precisely this difficult task that the author takes on, trying to understand the complex and layered processes by which India is moving from age-old social mores and “sanctified” practices to a liberal culture that has its own highs and lows.

Setting out such a difficult agenda, the author proceeds to divide the book into two parts – sexuality and marriage, with each part divided into chapters. Perhaps putting sex before relationships is a smart move to hold the reader’s attention, but the author does make a decent attempt to study India’s sexual past, and how the liberal became the illiberal. She draws a very apt comparison between the two stereotypes of Sita and Radha, and shows through case studies how this dichotomy is shaping the sexual behavior of Indian women.

Serpentine as the Palika “sexcapade” may have been, the book has so far remained “straight”. It now takes a “queer” turn into a study of the LGBT community (though the B and T are conspicuous by their absence). Beginning on a jarring note with a murder case involving the elite party scene in New Delhi, the chapter tries to see the lives of ordinary folks like Pushkin and Sree, who realized their sexual orientation through rollercoaster social (and sexual) journeys devoid of any social sympathy or even understanding. Trivedi then delves into the mentality which sees “homosexuality” as a “condition” to be cured, and the NGOs which are working for meaningful change. 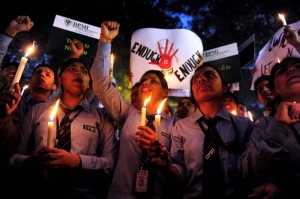 Protests after the Nirbhaya gangrape

“Pimps and Hoes” takes us into the prostitution business, with a rather careful study of the major pimps in the industry, and the contemporary industry. We are introduced to a number of characters, each with their different views on sex and their role in the marketplace. The last chapter of part one deals with the ugly underbelly of the revolution, analyzing how the social change and access to new ideas and freedom is turning society unstable, leading to a clash between the old and the new, with the youth stuck in between. She quite rightly mentions the Nirbhaya incident, but I personally would have liked to see more analysis than narrative in this chapter.

The second part begins with “Love Revolution”, which delves into the changing perspective on relationships and commitment. What’s more interesting though is her intensive study of the problem of honor killings. She studies the Love Commandos, who try to save young couples from the wrath of their kinsmen. She uncovers interesting facts eg. Honor killings are common in the south as well, though most of our focus is on the Cow belt.

If the first chapter focused on love marriages, the second sees the machinery which ‘arranges’ marriages in the traditional style. Her lengthy internship at one such “marriage bureau” in the course of her research provides us with interesting insights into the role played by money, the professionalism of the marriage market (“These investment bankers of love specialize in organizing ‘live deals’ – making marriages sound like something from Goldman Sachs mergers and acquisitions department”) and the ingredients of the perfect marriage advertorial. 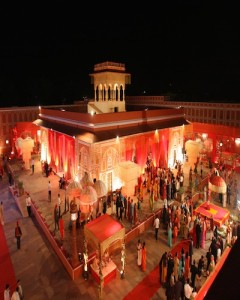 The book then studies marriage itself, in all its splendor and hedonistic splurging of wealth. The study of the weddings (which isn’t exactly original) and the caricature of Baba Ramdev (which is original) aside, the chapter studies the dark side of such spending, including dowry spending. Particularly illuminating is her use of Vinita Oldenburg’s work to understand how the dowry system acquired the demonic form it currently has, and how it continues to cast a menacing shadow on the brides’ families.

“Break Up” slyly conceals the complex issue of divorce, which Trivedi develops in some detail. Though the book is rightly focused on women in many places, she breaks with custom when she studies the male victims of divorces, and follows it up with a scholarly study of the impact of divorces on the children. The last milestone deals with extramarital affairs, and it carefully avoids the standard cliches as it develops the topic along lines that are at once scholarly and personal. For instance, she studies the Khasi way of love in detail, interviewing the editor of a major journal there.

Despite providing an interesting journey, India in Love does have its shortcomings. For one, Trivedi tries too hard to offer a scholarly outlook, which isn’t exactly welcome when the narrative gets personal. Secondly, for someone concerned with historical validity, she uses some words rather callously eg. “Sex for sale, for both men and women, is easily available….reputable five-start hotels across Indian cities are being used as modern-age harems”. It is difficult for a student of history not to take exception at the use of “harem” to mean a place for having paid sex. Finally, her use of statistics breaks the narrative in certain places, thereby marring the ‘plot’ somewhat.

All in all though, India in Love lives up to its promise of a thorough yet interesting study of how Indian views on sex, love and relationships are changing. Not for the seeker of risque cliches, this book deserves a serious read by anyone interested in going below the surface of Indian societal changes in the 21st Century.

For a similar read, check out Benjamin Law’s work on Asia’s treatment of homosexuality – Gaysia.