Four Miles To Freedom is a true escape saga of three former Indian fighter pilots, who were taken in as prisoners of war (POW) in the then West Pakistan during the Bangladeshi liberation war.

THE PLOT-
Faith Johnston’s latest book narrates the story of Dilip Parulkar and eleven other IAF pilots, whose planes were shot down over Pakistan during the Bangladeshi Liberation War of 1971. The author recounts the stories of how they survived as POWs in the cold, damply lit and suffocative cells of No. 3 Provo and Security Fight prison near Rawalpindi. The main crux of the book, however, is the research, planning and implementation of the escape plan devised by the adamant and freedom-hungry Parulkar. 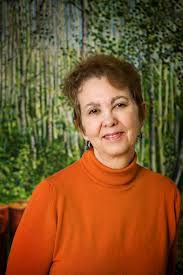 WRITING-
Johnston periodically shifts the narrative between the pre-escape and post-escape struggles, building tension as the pages are flipped. The thriller element is inherently laced between the words of every chapter, thus giving this non-fictional account the sense of a fast paced fictional thriller like those written by Dan Brown or Ashwin Sanghi. This makes the book not only readable, but gives it the ability to approach the mass market. So, if publicised and marketed efficiently, this may just become a national, or even international, bestseller.

EVENTS-
Before the escape, the book mainly talks about how the POWs were treated and concentrates on their relationship with the authorities as well as one another. Though they were put in a high-walled and secure prison, it is surprising that they were more treated like guests than prisoners. Adding to this point, the book also shows clearly how the Pakistani prison closely followed the footsteps of its Indian counterpart- the way the 90,000 Pakistani POWs held in India and Bangladesh set up the frame for similar treatment of some 600 Indian POWs trapped in West Pakistan was astonishing. If the former got access to television and radio, the latter would follow suit too. This game followed till the head of state of both the nations signed the Shimla Agreement. But this too, however, was no good news for the POWs, as there was no mention of repatriation.

After their 8 month long confinement, three excited and determined IAF pilots, including the freedom-hungry Parulkar, escaped the Rawalpindi prison. Their escape saga forms the backbone of the story. The numerous efforts involved, help from friends, along with a magnanimous amount of good luck, helped them break the lockup. Though the later part of the story isn’t as interesting as the former, still the reader is unable to let go of the book even for a second as the climax approaches.

VERDICT-
Overall, Johnston, being a well established writer, weaves the interviews of the 8 former IAF pilots into a brilliant and pulsating adventure of valour and gallantry. It’s a story of duty against duty; the duty of POWs to escape and that of the antagonists to stop them. Who wins in the end is of lesser concern than how the end approached.

Read what Faith Johnston has to say about her book on Random House India’s blog, Random Reads.