Nicholas Charles Sparks is an American novelist who has published seventeen novels and one non-fiction work. He has also ventured into screenwriting and production after the success of his novels. Eight of his novels have been adapted to film while two more are in talks for the same. He is one of those few authors who can convey emotions to his readers in the most unpretentious manner and yet make readers empathize for his characters. As Linda Rosencrance of The Boston Globe says, “Readers don’t turn to Sparks’s books because he writes great literature. He’s not Ernest Hemingway, after all. Sparks’s novels serve as a diversion. He can always be counted on to conjure up the twists and turns of a captivating story — formulaic or not — and wrap them up neatly with a surprise ending.”

Born with a brother and a sister, he maintains that his sister, Danielle Sparks, who died at the age of 33 due to a brain tumor, has been his inspiration for the main character in his novel A Walk to Remember. Though Sparks had been dabbling with writing since high school, his first success came with his book The Notebook, which he wrote while working as a pharmaceutical salesman.

Sparks is a major contributor to the Creative Writing Program (MFA) at the University of Notre Dame, where he provides scholarships, internships, and a fellowship annually. He also co-founded The Epiphany School with his wife, in North Carolina. In 2011, Nicholas and his wife set up the Nicholas Sparks Foundation, a nonprofit organization devoted to improving cultural and international understanding through global education experiences for students of all ages. He also donates his time to help coach the New Bern High School track team and a local club track team as a volunteer head coach. He is an athlete, a regular church-goer and an avid reader who reads about 125 books a year!

Sparks currently lives in North Carolina with his wife, Cathy and their kids -Miles, Ryan and Landon, Lexie and Savannah.

About his writing style:

Often acclaimed for works that make its readers tear up, Nicholas Sparks’s novels usually centralize on love and how it impacts the lives of people. With a convincing narrative tone, he keeps his readers hooked onto his books because it gives them a ‘Been-there, done that’ or ‘What would I do if it was me?’ feel. It is this sense of realism that separates him from authors like Danielle Steele who concentrate on making books more fun to read. With his creative imagery, he uses various forms of writing from simple dialogues and flashbacks to narration and easily creates clarity in the plot, which many authors usually struggle to do. Sparks possesses a natural ability to capture the setting and attitudes of his stories by using genuine pathos to make his characters come to life. His dialogues sound heart-felt and draw the line at the right spot, stopping them from making them sound cheesy, like –

“I held her close to me with my eyes closed, wondering if anything in my life had ever been this perfect and knowing at the same time that it hadn’t. I was in love, and the feeling was even more wonderful than I ever imagined it could be.”
― Nicholas Sparks, A Walk to Remember 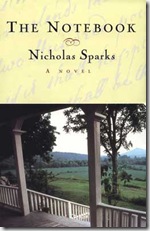 Being Nicholas Sparks’ first novel, this is the book that led him to the success that he is today.  It tells the story of what happens when Noah, a World War II soldier and Allie meet after 14 years of separation.

A Walk To Remember 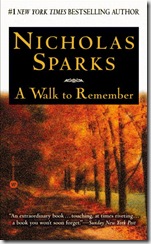 Probably one of his best works, this is a coming-of-age as well as a romantic drama based on the lives of two high school sweethearts – Jamie and Landon. With the right amount of romance and tragedy, this book is an example of fine writing. It is no wonder that this book was made into a successful movie. 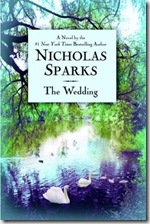 This story is all about rekindling lost love between a middle-aged couple, who become so involved in caring and working for their family and kids that they forget their love for one another. This story resonates in the reader’s mind as this is often witnessed in many families and instills one of the efforts needed to keep a marriage hale and hearty. 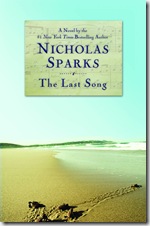 Torn and scarred by her parents’ divorce, Veronica turns into a rebel to cope with the stress and disappointments that life has thrown her way. A vacation at her dad’s beach house changes her outlook on life and relationships as the estranged father and daughter slowly find their special bond.    The mind of the teenager is well captured in this novel.

Message In The Bottle 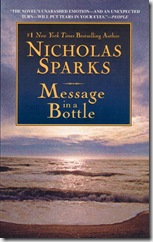 Divorcee Theresa finds a bottle with a letter in it, while jogging on the beach. On closer inspection, she finds that it is a love letter written by a man called Garrett. Intrigued by this man and his letter, Theresa starts her journey to find this man, which changes her life. This isn’t the usual divorcee- trying-to-move-on story, but a tale of how two people try to move on after losing their loved ones.