The second part is a lesser known detail about this exceptional author, except for those who have had the pleasure of listening to him. I, for one, was lucky twice! Once, when Lord Archer was at Chennai to promote his then-latest, Paths of Glory. And more recently, on a book tour for the third book of the Clifton Chronicles –Best Kept Secret, which brought him to Chennai 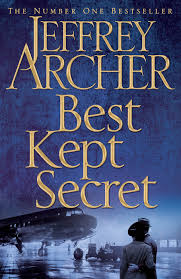 Energetic and youthful as ever, Lord Archer greeted the packed Landmark (along with me, sitting in the second row! ) with a thank you for smashing the Australians in the Test series and at the same time bowing down to England. Lord Archer toeing the line between being succinct and verbose, gave, rather entertained the crowd with interesting anecdotes from his life and during his tours to India.

“Unique” an original short story was released to celebrate the release of “Best Kept Secrets”. Unique is a 100 word story – not a word less, not a word more. And Lord Archer elaborated on the hard work that goes into shaping every tale one tells. After touching on a few other topics such as aspiring young authors, piracy, e-books, India and it’s women (Indian women are the most uncontrollable, he says) the floor was open to questions.

A few of the questions posed to Lord Archer :

1. Why are all your novels based on rags to riches stories? If not, the protagonist invariably has a doubtful lineage, in the form of a step father or a step mother and such. Why so? (This one was from yours truly! )

2. Out of the books that you have authored, which one is the closest to your heart ?

Lord Archer : If I had to pick one, it would be “Paths of Glory”. The story of a man having two great loves in his life – his woman and a mountain is the closest to my heart

3. You seem to be an excellent orator. Why not take this up, instead of writing novels ?

Lord Archer : It is extremely rare to find an author who is a story teller as well. I pride myself on my ability to ‘tell’ stories and I am thankful to have been blessed with oratory skills as well. But, I shall continue doing both to my best.

4. Would you write a book on India soon ?

Lord Archer : I have a love affair with this country. Everything from the people to the sounds to the atmosphere is addictive. But, frankly, I am scared to write a novel on India. There is so much to it, that I cannot capture everything in a book.
Rather, after the Clifton Chronicles, you can expect a set of short stories and one other novel, that I’ve been thinking about for the last 10 years.

5. Why are your e-books priced higher than your hard bound versions ?

Lord Archer : I do not know. I am the wrong person for you to be asking such questions. While on the topic of hard bound books, in India around 14 million people have read Kane and Abel, but, it doesn’t show in my bank balance !! There are two reasons to it. Number 1, in every other country, 1 to 3 people read the same book. In India, atleast 20 people read the same book. It goes from an aunt to a cousin to a niece to a brother and so on. Number 2, you have pirated my books!! When I was in Mumbai once on a book tour, one evening, I was seated in a car, waiting at a traffic signal. A little boy with a stack of books tapped my window and asked my “Do you want the latest Jeffrey Archer ?”I , replied, incredulously,“I AM the latest JEFFREY ARCHER!!”

Humorous and witty, Jeffrey Archer won over the audience and reinforced his talents as a master story teller. Delighted to have been in his presence for over an hour, I happily skipped home, clutching my autographed copy of ‘Best Kept Secret’, eager to devour every word!