In a nation which is increasingly becoming disillusioned with the notions of honesty and professionalism, where do we turn to for ethics and morality? Author Aporva Kala of Life… Love… Kumbh… writes on this subject.

The axiologist and the casuist are back in business! And we may question their resurgence and inquisitorial ranting. Hey loosen up yourself, the amoralists blow hot air over; make merry, forget sartorial sensitivity, gormandize freely, guzzle with pride and loosen up your morals.

When the mood is thus and life is upswing, do we need the chains of ethics, the prison of values and the dungeon of morality? Life in such a world is a shiny little pearl with little need for stony Spartan musing.

So one can conveniently throw the anxiety of being conscientious and relax under the warm shade of being loosely professional. Next time your doctor prescribes three tablets for your headache, be sure that he is right on your money and has good intentions of treating you of your ailment and make your head and your pocket lighter. The moralists can question the fact that a poor Paracetamol is enough to treat an occasional headache, but hark! The Professionalist will cry foul- dear doctor, he would prescribe, diagnose a dreaded disease and be successful, let your patient fear you hold you in awe, both at the same time…give him three tablets in place of one! 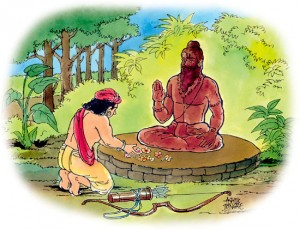 And a, now no more poor, teacher has to be boastful of his learning, asking questions KBC style, forget about guiding your students to glory, keep them perpetually ignorant of the wisdom, let them pay up for information, despite Google and all. Ah! The good old Gurudom, for which India, nay Bharatvarsha was well known for, can very well go on a long holiday; all on liberal dakshina being doled out by gullible parents.

As if taking a cue from the post modern interpretation of God’s work (health and education) we have a mad race to match the professional un-ethics of the two. Managers can while away their time and be disloyal to their firms and organizations, workers can ignore the value of hardihood and demand a rise in pay every now and then, bankers and insurers could fleece the unsuspecting public with gay abandon and the petty service providers- the beautician, the hair stylist, the personality developer, the friendly neighborhood plumber or an electrician, and the General Merchant whom you call Uncle, can make use of the clients’ fears and add their professional tax to the MRP. You smile at your own innocence and claim that money is, after all, the dirt of your pious hands!

But where does that leave our benign nation? On the throes of a moral dilemma and mired deep in a hideous amoral scum? Or on the verge of attaining a professional coating which is dark, sinister, soulless and indelible. And yet, we have the rise of the moral purist, the untiring deontologist and the aggressive utilitarian, who profess and advocate the need for a life of values, honesty, purity and godliness. A utopian and yet realizable dream, where a code of conduct guides the professionals and provides the populace with a stick to beat up the wrongness they might face and uphold the rightness of human conduct, is not far behind.

Nothing challenges the ethical mooring of a society, more, than the advancement of a culture of 3P, professionalism, profits and prestige. A man can go to any lengths of moral servitude and corruption to earn them! Of course the genesis for this immorality lay in crass materialism that pervades each section of our society.

But the erosion of a spiritual living and principled stand one took against such acts of human folly, are equally responsible for things coming to such a pass.

Gandhi was an epitome of a ethical living and his moral cleansing is a part of Indian folklore.

Great Indian scriptures, ranging from Rig Veda to Bhagvad Geeta propound a spiritual life as a sine qua non for an ethical living. 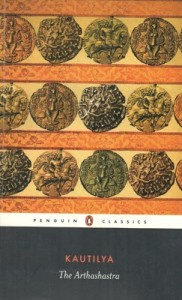 Great Indian thinker and Guru, Chanakya was the first, perhaps in the world, to lay down the basic tenets of ethics for the professional. In his book Arthashastra he mentions how a King should behave, what should be the duties of his council of ministers and how the bureaucracy function, keeping up with high standards of morality and ethical spirit.

Isn’t it the right time to follow what the great scriptures and great men of yore profess?

As we open up to globalization and welcome the surge of Capitalism with open arms, may we not be reminded that the foremost of human duty is to hold on to moral mooring and vouch for an ethical living? Are we not to grow as spiritual beings? Have we no responsibility towards our brethren whom we cheat with disdain of a sinner? Is an honest Indian giving space to suitably dishonest Indian?

Are we, as a nation and as human beings, to adopt an ostrich like attitude towards the dishonesty that prevails around us or are we to take up cudgels for the disfavored, the underprivileged and the one who is on the receiving end of moral depravity?
Are we to survive as a human race or succumb to Mephistophelian charms?

So next time your friendly doctor prescribes a handful of tablets for your sneeze, tell him to be patient with the moolah!
Or your friendly insurer sells you a policy not suited to your need, tell him to shoo off.
And yes, remind your neighborhood general merchant uncle that to be honest is indeed the best policy… 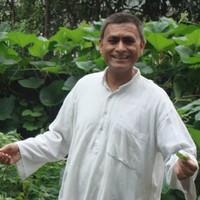 Aporva Kala is a mentor, yoga enthusiast and author. You can read his tweets here.

Also, see his other book by the name of The Alchemist of the East.