With his gritty journalism and staunch investigative spirit, Zaidi finishes his painting of the Mumbai mafia with fresh strokes of saffron and blots of blood.

While Dongri to Dubai traces the last six decades of Mumbai mafia, focusing on Dawood Ibrahim and his predecessors, its sequel, Byculla to Bangkok, completes it with tales of the mafia’s local lads, born in Byculla, Parel, Lalbaug or ‘amchi muley’/‘sons-of-the-soil’  as christened by late Shiv Sena chief Bal Thackeray.

Their rise and fall, chases and hunts, fights and flights, shootouts and slips, strategies and diplomacies, the spray of bullets, the pool of emotions, and the way Zaidi narrates these men’s lives makes these realities more fantastic than the fantastic. Byculla to Bangkok is an absolutely overwhelming page-turner.

Chapter 5, The Vegetable Vendor’s Vendetta opens with a quote from Aleksandr Solzhenistsyn’s The Gulag Archipelago 1918-1956

“In keeping silent about evil, in burying it so deep within us that no sign of it appears on the surface, we are implanting it, and it will rise up a thousand fold in the future. When we neither punish nor reproach evil doers, we are not simply protecting their trivial old age, we are thereby ripping the foundations of justice from beneath new generations.”

Not all men entered the mafia voluntarily. Some of them were dragged or shoved into it by circumstances, by the ‘silence’ from the quote above, by the implanted evil. They were fabricated into a part of the thousand fold evil; for by the lessons of practicality they learnt from reality, nonviolence and lawfulness to them became but ugly hoaxes. Two such mafia men are the Naik brothers, Amar Naik and Ashwin Naik. They together form one of three parties that Zaidi sketches in this book with diligence. 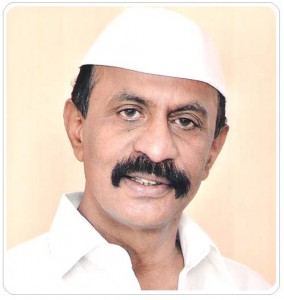 The second party is that of Arun Gawli. Dubbed by Zaidi as the Emperor of Auranagabad Jail, he is a devout Hindu and a mafia man turned politician. The third, Chota Rajan, was once a close aide of Dawood Ibrahim and later became Dawood’s arch rival. The last line of the chapter Don’s Divorce goes

‘Dawood had many enemies, but as they say, a man’s most dangerous enemy is the one who was once his closest friend.’

Apart from these men, many mobsters appear and disappear in this book as they kill and get killed respectively. Amid all these villains sprout the heroes of those times, Mumbai police’s encounter specialists, Vijay Salaskar, Pradeep Sharma, and their squads. Their version too got its deserved delineation. An IPS officer who is a top surveillance expert, says in Chapter 39, Manhunt for Maharaj,

“Alertness is like an erection, it cannot remain for 24 hours. You keep losing it and then stimulate it to stay in the game.”

A pinch of Economics is also added. Here is one quick calculation from the book,

‘The hafta that began flowing in from the 3,000 bars in Mumbai itself ran into crores. Imagine if even Rs. 10,000 came from each bar every month and multiply that by 3,000 bars – the sum amounts to a staggering Rs 30 crore a month. Going by this conservative estimate, the gang managed to rake in Rs 360 crore a year.’

Zaidi makes a remarkable psycho-analytic observation in the chapter Of Gangsters, Guns and Ganpati. He writes

‘Criminals are usually devout men, almost obsessively religious. The general feeling is that the whole world is gunning for them; only God understands them. ’Click to tweet! 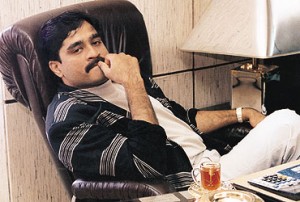 They probably take advantage of the fact that God doesn’t usually communicate directly with humans.

Though some debate on Zaidi’s bias towards Dawood and some complain about redundancy when juxtaposed with Dongri to Dubai, I consider these claims invalid and also insignificant in comparison with the positives of this book. The 9-page interview with Chota Rajan is something I can vouch for and also that the tales in this book are real; a lot more can be learnt than what is explicitly told. In its genre, this book is definitely worth reading.

Intrigued by the glamour and dark underbelly of Mumbai? Here’s a pick of the top 10 books on Mumbai by The Guardian. If you need more proof that Byculla to Bangkok is worth a read, check out this review by Mumbai Boss!

We’ve also got you covered with a review of Zaidi’s earlier book, Dongri to Dubai.

Writer at IndiaBookStore
Of Poe's heart, Russell's brain, Wilde's thought and Rand's strength - a hedonic wanderer and enchantress' apprentice in the world of Literature