In Shoes of the Dead, Kota Neelima explores the dire lives of the stricken farmers of India who struggle with poverty, famine, drought, crop failures and debt and calls attention to the needs  of Indian farmers’ woeful lives.

Gangiri Bhadra, who has just lost his elder brother to debt and poverty, is fed up of the continuous grief sodden lives of his fellow farmers. Especially after his brother’s suicide is unjustly ruled out as a consequence of alcoholism, Gangiri wants justice. Thus begins the fight of a simple yet determined man for the truth where he is up against powerful enemies – Moneylenders and Politicians. 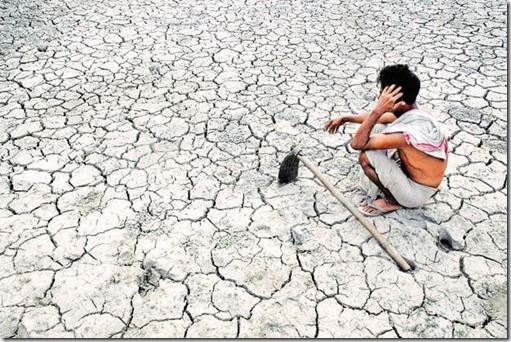 Gangiri’s persistence and determination define his character and endear him to his readers as a hero figure.  The character of Keyur Kashinath has been adequately developed to appropriately represent a typical young political heir eager to prove himself in the field of politics so and not let others undermine him.  Similarly, the portrayal of the characters of the shrewd and calculating moneylenders is brilliant. The author efficaciously makes the reader empathize with the characters, which is one of the elements of success for a good book. She sketches out the dilemmas of various people involved in different segments of rural India and points out the real fallacies of the Indian government, leaving us frustrated with our systems and practices. She also depicts the different emotions of the characters in an apt manner, making this book a good political novel.

The author captures the subtle nuances of Indian politics successfully and depicts the lives of power-hungry politicians and the deprived, pitiful farmers vividly. She makes you respect the Indian farmers whom we often chose to neglect. It can be an eye-opener for many readers.  One can witness the extensive research and knowledge that is required to write such a novel. It is also clear that her longstanding career in journalism has helped her with the plot and characters. She gives you an all-round perspective of the farmer suicide cases happening in India and enunciates the desperate cry for help by the Indian farmers. The theme of this book isn’t easy to write about and hence, the reader has to admire the author for her choice of theme – not many are brave enough to explore these areas. The narration is heavy and detailed, which makes the 274 pages of the book, surprisingly, a long read.

At certain points, the author’s language gets quite hefty and slows down one’s pace. Similarly, some of her thoughts are lost on the readers and they might fail to gather her precise meaning. There are also a few instances where the plot seems to be unnecessarily complicated or unrealistic that slightly negate the positives of the book.

This was my first of Kota Neelima’s books and she has convinced me not to make it my last. She has successfully weaved together a powerful political novel using sensitive topics in today’s Indian politics, making this book an enlightening and captivating one.

If you liked this review, you’d probably like this other review of Shoes of the Dead and an interview with author Kota Neelima.