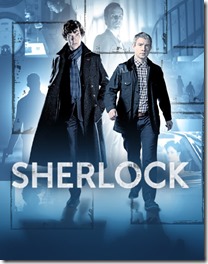 One of the creeds that bookworms everywhere live by is that the book is always better. Your imagination is not limited by pesky problems like budget constraints, primitive technology, casting issues or bossy studio executives. However, once every few years, stars align and woodland creatures sing and lo and behold, a perfect adaptation is made. The most recent piece of cinematic perfection to grace our television screens is BBC’s Sherlock.

Created by consummate fanboys Steven Moffat and Mark Gatiss, Sherlock made its TV debut in 2010, the now-trademark Belfast coat a-swirling majestically. Both show runners emphasise in various interviews that they were interested in the core of the legend and not the Victorian-fog, carriage and top hats trappings. Moffat calls it not a revamp but a re-mastering of the story. And this is achieved by going to the root of what makes the beloved detective tick- a searing intelligence that has dedicated its life to the pursuit of truth through rational enquiry.

Sherlock boasts of a cast that is any producer’s dream. Benedict Cumberbatch, he of the killer cheekbones and adorable black curls, has already been declared the prince of tumblr in his role as the lead. His stunning albeit unusual looks are perfectly complemented by talent so palpable that he is able to portray the complex protagonist in all his subtle nuances- his frightening intellect, his isolation, his single-minded pursuit of answers, his ruthlessness and his awkward humanity. Aiding him in this mammoth task is the equally stellar Martin Freeman as John Watson, the not quite straight man foil to Cumberbatch’s Holmes. The partnership between the two men forms the heart of the show (and several thousand pieces of fan fiction and fan art.) Rounding out this team is Rupert Graves as Scotland Yard Inspector Lestrade, Una Stubbs as Mrs Hudson, Louise Brealy as Molly Hooper and Mark Gatiss as Mycroft Holmes. 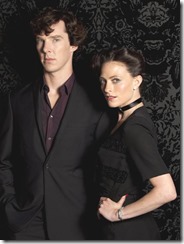 Sherlock takes the canonical stories and updates them for the 21st century in ways so brilliant that the genius leaves one quite breathless. For long-time fans, there are layers upon layers of nods and allusions, ranging from the signature deerstalker to more obscure, literary ones. So the Victorian Baker Street Irregulars are now a 21st century homeless network, the scandal takes place in Belgravia, Baskervilles is not the manorial seat of a feudal lord but a military bio-chemical research centre, Sherlock Holmes texts and John Watson blogs. The wardrobe, cinematography and music have been carefully honed to match the excellence of the story-telling. There are some issues, of course, given that it is a human endeavour and the ability to make mistakes is a uniquely human one. The politics behind the representation of certain female characters needs a careful examination and, sometimes, the solutions are implausible or unsatisfying. But it’s easy to be generously forgiving because the love of the show runners for their project is as clear as a blue sunlit day.

Sherlock is a lesson in not just how to make a good adaptation but also how to tell an engaging, entertaining, electrifying story. How do you like the modern avatar of the immortal detective? Tell us in the comments below!

To read what the creators and actors have to say about Sherlock, please visit http://collider.com/sherlock-season-4-5steven-moffat-sue-vertue-interview/, http://www.theguardian.com/tv-and-radio/2012/jan/20/steven-moffat-sherlock-doctor-who and http://www.radiotimes.com/news/2014-01-01/sherlock-steven-moffat-interviews-benedict-cumberbatch.

Check the prices and availability of the books .