When my grumpy librarian handed down a book called ‘A Caribbean Mystery’ by a then-unknown author called Agatha Christie to a 5th Grade me, I had to reluctantly accept it as it was the only one available (All the good ones like Hardy Boys, Goosebumps series and Nancy Drew were taken!), Little did I know then that it was the start of a life-long love affair with murder mysteries by Agatha Christie. Her descriptions of the quaint English way of life and her appealing character depictions got me addicted to her novels. What charms me the most about her books is the way she scatters around tiny bit of clues all over the book. Be it Miss Marple or Monsieur Poirot, she makes her detectives ingenious yet endearing and builds a creative plot structure that unfolds in front of your eyes, giving you the feeling of being one of the audience at an English play. (Buy Agatha Christie books online at the best price.)

So, here is a list of what I think are her best 10 novels of all times.. 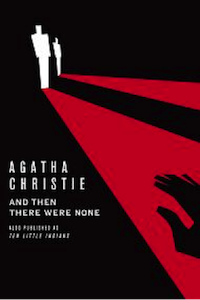 1. And Then There Were None

Probably the only Agatha Christie novel which was adapted into a Hindi movie (Gumnaam – 1965), ‘And then there were none’ is a best-selling novel with 100 million sales up to date; its main plot is constructed based on the nursery rhyme 10 Little Niggers. This novels tells the story of 10 strangers, guilty for various crimes, who are lured into an Island on the pretext of various reasons. They are stuck on the island due to bad weather conditions when one by one, each of the guests is killed similar to a way in which the characters in the nursery rhyme die. And Then There Were None is one of Agatha Christie’s best-known works and you’ll find it gripping just like one of those Alfred Hitchcock suspense movies.(Buy And Then There Were None at the best price.) 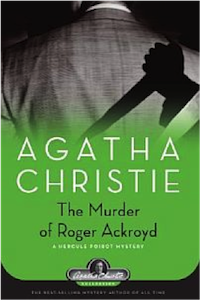 2. The Murder of Roger Ackroyd

This book is one of sheer brilliance and the writing is so much more advanced compared to the then British Crime literature in terms of the main plot and the engaging characters. The novel revolves around the death of Roger Ackroyd and the following seemingly connected chain of deaths. This is one of the best Hercule Poirot mysteries and you will remain awed when it ends. 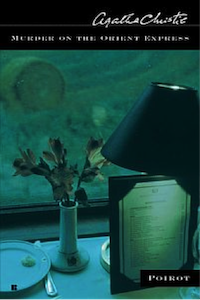 3. Murder on the Orient Express

This is a classic Whodunit that is staged in a train where a wealthy man is murdered. And it so happens that a few of the dead man’s co-passengers are his bitter enemies. But the good thing is that smart detective Hercule Poirot happens to be on the same train! That’s all you need to brew a murder mystery filled with a variety of sentiments and characters, which will keep you guessing at every page. Don’t be fooled by the slow start as this is where the author establishes the red herrings as well as the clues that lead to Poirot’s deductions. This is a definite read for all murder mystery fans. 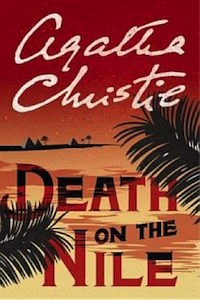 4. Death on the Nile

The endearing Poirot is back and he is holidaying in North Africa. On a Nile cruise vacation, Poirot meets a newly wedded couple and soon the wife is found murdered. This is one of those books which make you wish you were one of the characters so you could witness what is happening rather than just read it. The novel is a simple murder mystery but what makes it exquisite is the Egyptian scenario and the multi-dimensional characters. Christie has a way with her character portrayals and she is at her best in this one. 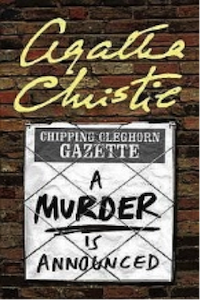 5. A Murder is Announced

This book is very special to me because it is Miss Marple’s best case. Also, this is one of those books with a twisted idea of a murder (Though the idea of murder itself is twisted!). One fine day, the daily newspaper announces “A murder is announced and will take place on Friday, October 29th, at Little Paddocks at 6.30 p.m.”  How can one not be interested in this book after reading that line? This is a great read with a baffling storyline and an extraordinary climax. 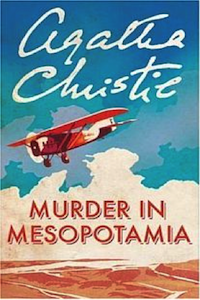 Set in the Middle East, this story is written from the perspective of a nurse, Amy Leatheran, who is part of an archaeologist group currently working on-site near Baghdad. Though Monsieur Poirot comes into the story much later than in the usual Agatha Christie books, he still is as impressive and shrewd as always.  What strikes you while reading this book is how a simple murder mystery like this can still have you guessing the wrong murderer. Monsieur Poirot beat me in the run to guess ‘Who did it’ yet again in this one. 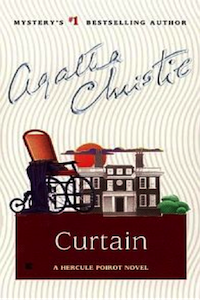 When one of your favorite detectives tells that this book is going to be his last and final case, it will definitely become your favorite book. In this book, the two friends, Captain Hastings and Monsieur Poirot are bought back to Styles, where their first case began. Though Poirot knows the identity of the killer, he doesn’t relay it to anyone else and the mystery remains unsolved but there is a twist in the ending that will leave you stunned. Surely, this book merits to be added to the list of “Best of Agatha Christie’s works” as we bid a sorrowful farewell to Hercule Poirot. 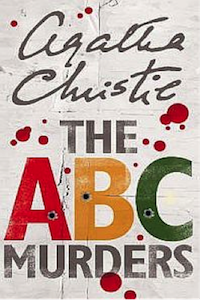 This is an ingenious serial killer story where the killer chooses his victims based on the alphabetical order of their names. Poirot gets letters signed by ‘A.B.C’, in which the killer mentions the date and location of the next murder. The Poirot – Hastings duo set out to catch the killer using their observational and analytical skills. The ABC Murders is immaculately constructed and is definitely one of Christie’s masterpieces. 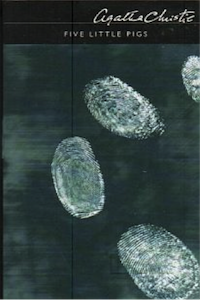 A woman is sent to a lifetime in prison for a murdering her husband. Sixteen years later, her daughter, suspecting possible miscarriage of justice, engages Monsieur Poirot to find the truth. What makes this novel one of the best is that this story is a compilation of five different people’s quite different accounts of the unfortunate event and how Poirot makes his deductions based on their accounts. The compelling characterizations and the underlying thoughts stand out in this book, making it an exemplary example of storytelling technique. 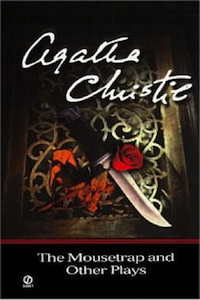 This is a murder mystery play by Agatha Christie, which also happens to be the world’s longest running play that has had about 25,000 performances by 2012. The play revolves around a young couple, Mollie and Giles Ralston, who have just started running a guesthouse. Soon after the arrival of their first guests, they are snowed in due to bad weather when they find out that one amongst them is a killer. It is a simple yet delightful read and a very well written play.

I still silently thank my grumpy librarian sometimes when I am reading Agatha Christie novels for introducing me to this master of a storyteller. With her knack for plot building and her perceptive knowledge of human nature, each and every book of hers is special in its own way. With her plain but effecting writing style, it is hardly a wonder that she is one of the earliest ‘Adult’ novel writers that most children get acquainted with. Though not all of her books are brilliant, she still deserves to be called one of the best in her genre of writing.  If you are interested in her works, you can find more about them here.

Also, check out Hindustan Times’ and The Guardian’s lists of Agatha Christie novels for more ideas.