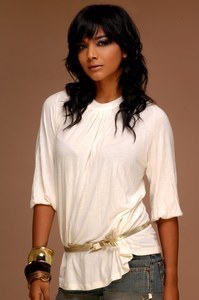 The bubbly, effervescent, vivacious, VJ Juhi is one of the hottest face on Channel V. Working after so many years for Channel V – India and International, she has experimented her hands on writing. Her debut novel is Things your mother never told you about love, published by Random House. Let’s know more about her book, her work, her life-

1. When did you realise that working in the media was your true calling? Or did it happen accidentally?
Like all things fun, this happened accidentally. I was 25, pretty clueless about what I wanted to do but up for anything when Channel V happened.

2. What has prompted you to write this book? Tell us a little about it. 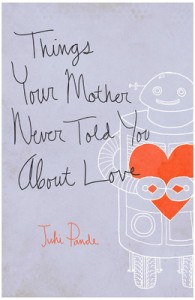 I started writing in 2011. It gave me something to do in between my shoots. So I had a blog and I wrote about travel and people. Then slowly I started writing more and more- for friends, for magazines, websites etc. And I was aching to write a book when Random House approached with me with a very cool idea for a book. There was no way I could say no, and that’s how this book came to be.

3. We read that you are an Air Force brat. How has moving all over the country influenced you?
It’s made me who I am. I didn’t know another sort of life. Everything meant movement, new people, new places,and new experiences. Not only does that shape me as a certain sort of person but it also instilled in me this constant thirst for exploration and adventure. My childhood and growing up years are straight out of a magical book and I wouldn’t swap them for anything.

4. Can we separate the anchor from the writer? Or is it what was critical in the making of your present book?
Oh yes you can. I think I’m very different as a writer when compared to who I am as an anchor. Writing sets me free and currently, I cannot see beyond it. Being a TV presenter is a whole different ball game. You need a game face, and you have tens of people around you and you are physically on your toes constantly. I’d say they are two very different, very fun highs.

5. How have your own experiences helped shape this book?
This was the sort of book that was steeped in a lot of personal experiences. Not because that’s how I wanted it to be, but because the subject was such. You can’t write about love while being detached from it. You sort of have to be wrapped around this subject in order to do it justice. Though, I did badger my friends a lot so that I could draw from their lives as well.

6. You have been a part of Channel V International. How was that experience like? What is different about working in an international setup versus an Indian one? 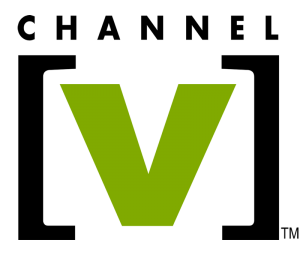 Not a lot is different. Channel V was 7 years of fun. Domestic and International. The only upside to working with V international was that we got to meet anchors and directors from other countries and traipse around new cities where we hadn’t been before. I think Channel V used to do a secret screening of people it would hire. Because the sort of people who worked there were just in a league of their own. Brilliant, funny, slightly weird, and just ridiculous amounts of fun. It was perfect.

7. What are your reading habits like? A favourite author you often pick up?
I read constantly. I’ve moved over to reading on my phone and my ipad. I know a lot of people hate that, but when you’re on the go, it’s great to have a book without having to lug it in your bag and then maybe lose it all the time. I’m currently reading book two of the King Killer Chronicles by Patrick Rothfuss and I have to say that I’m living in his world right now. It’s pretty fantastic. My favorite books of all time are Moby Dick by Herman Melville and The Ground Beneath Her Feet by Salman Rushdie. And the authors I keep going back to are Michio Kaku and Carl Sagan.

8. Last question from our side, where do you see yourself ten years down the line, a more of a writer or a media person?
A writer. Without doubt.

Thank you! This was a really fun interview and I appreciate the research you put into it.