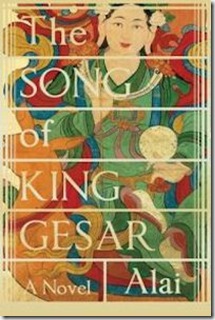 The Song of King Gesar by Alai, a classic 12th century Tibetan epic retold as a fresh narrative, throws light on the human side of the demi-god Gesar, and brilliantly traces the contours of his journey.

The epic of King Gesar is believed to date around the 12th century and relates the heroic deeds of a cultural hero of the Tibetan region, Gesar, the fearless lord of the legendary kingdom of Gling. It is recorded variously in poetry and prose and is sung widely throughout Central Asia. The epic is composed of a very large body and is reputed by some to be the longest in the world. Alai has tried to condense the wide and proliferated epic into a novel, using the form of a dual narrative, and has mainly tried to understand the psyche of Gesar while he and his environment change upon the call of the celestial realm. Alai’s work has now been translated into English. 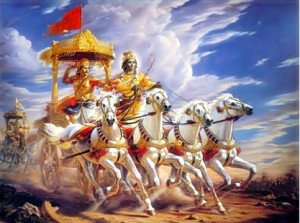 Good vs Evil: The Mahabharata

The book traces the life and journey of King Gesar, from when he was known as Thosba Gawa  (the son of deities) to when he made mistakes, created a country and fought heroic battles as the king of Gling. A commonality found in all the epics and mythologies around the world, be it the Mahabharata, Odyssey, or the Iliad, is the struggle between good and evil, which is depicted in this epic in a more subjective manner. The foremost mission of Gesar, as commanded by the celestial realms, is to obliterate the demons from the human world and sensitise peace. And thus Gesar fights thousands of demonic kings and princes, even those close to him. Another similarity between the epics of the world is the role of women, and here we have the consorts of Gesar who play vital roles in deciding the direction the epic takes. Though we can draw parallelisms with other works, this retelling of the epic is unique and distinct in its own ways.The Good 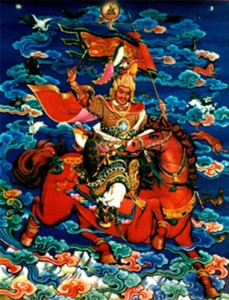 A depiction of King Gesar

Though little original criticism can be drawn for a standing piece of 12th century literature, we can, weigh the retelling in the novel by Alai. The author innovatively jumps the narrative from the present time to the era when the story was playing out. The character of the modern day grungkan (story-teller) has been interestingly developed, as he struggles with the dilemma of performing his duty on one side and understanding it in a contemporary context on the other. Also, as one flips through the pages, it’s apparent that the author has compressed the original epic so that it only follows the spine of the narrative and doesn’t dwindle to unnecessary territories. This seems positive, seeing the expansive work of the original epic. Also, we can observe an in-depth character study of some of the foremost characters such as Gesar, Brugmo, Gyatsa Zhakhar, Khortung etc, as the author has tried to maturely project their psyche in the text.The Bad

This being an epic tale, we can hardly criticise the story and narrative, though there is some fault with the translation. The novel was originally written in Tibetan and is translated into English. However seamless the story might seem, the reader encounters a few minor hindrances while going through the text, like change of pace, sudden shift in narration and unperturbed glitches in the story, but all of these are mostly translation errors.

Being a masterful epical itemization, The Song of King Gesar stands out in its effort to tell the story in a modern context, while also focussing on the traditional narrative. It could have been a perfect read had the translation been consistent enough. Still, Alai’s work has the potential to open the gates of the mind and force the reader to delve into a fantasy escapade.

For a detailed synopsis of this book, continue your read here. Also, for more information on King Gesar and the state of his kingdom now, check out this post by Tibet Talk.