Read book reviews from other readers
Unseen: the Truth about India’s Manual Scavengers is a harrowing compilation of accounts of different manual scavengers across the nation, providing shocking stories of their plight and struggle.

‘I left this work a year ago, but the stench hasn’t left me…It is there even when we give birth.’

The first thing that you notice when you pick up the book is it’s plain black cover, with the title engraved in big font. Only when you go through the book completely will you understand why the cover is kept that plain, and does not depict any images or designs (like that of the original work in Hindi, Adrishya Bharat)- it’s a mark of protest, a mark of the plight of the manual scavengers of India. It’s a way of showing that even after more than 60 years of independence, the illegal and inhuman practice of manual scavenging remains a dark spot of shame in the sphere of social governance.

‘Even hell would not be worse than this. I feel ashamed to be alive.’ 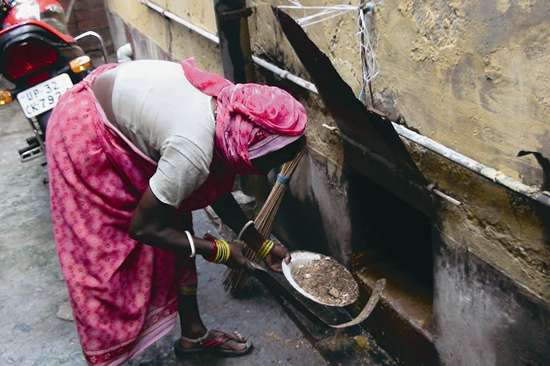 The book is a compilation of several articles written by Bhasha Singh from 2006-2012; it is divided into two parts. Part one deals with the cases and accounts of the practice as well as people involved in it across the different states. Part two targets the government and law machinery responsible for the eradication of this practice, with a special article on the invisible manual scavengers working for the Indian Railways.

‘Discrimination is everywhere – in madrasas, in mosques. Even our graveyards are different.’

This work of non-fiction shocks you with almost every other page. It provides the smallest of details regarding this practice and deals with the everyday life of those involved in manual scavenging. Though the book is filled with hundreds of jaw-dropping facts and eye-opening stories, one such article about Gujarat and Modi deserves a reread and special mention. The author claims that not only is the Modi government denying the existence of manual scavenging in the ‘prosperous and wealthy’ Gujarat, but is even trying to hide the practice from the media and the world in general. She also says that in his book, Karmyog, the Gujarat CM called this work of cleaning latrines a spiritual experience for the Valmiki communities (local manual scavengers). Modi says, ‘In some age or the other, someone must have had this divine revelation that they have to do this work to please God.’ Such statements and narratives lift our belief from the netted and delusional governance system and expose the truth that while local governments are trying to match their steps with their international competition, they are nonchalant about the struggles and conditions of these social pariahs. 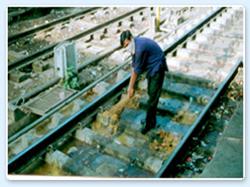 The author also talks about the social movements taking place in different parts of the country to eradicate this practice from within. The book relays facts about people who washed their hands off this work and went on to conducting elections and sharing stage with chief ministers. It tackles upfront the root of the problem and gets inside the mindsets of local manual scavengers, so as to analyse the reason behind their non-willingness to leave this work.

Overall, this book is worth picking up, as it engages the reader in its numerous accounts and engrosses us in the apathy of those involved, with an eye out for the gaps in the system regarding the eradication of the practice and rehabilitation of these manual scavengers.

Read this short article by The Economist for more info on the current state of manual scavenging in India.