Raghu Ram, whose autobiography Rearview: My Roadies Journey was just released, speaks with IndiaBookStore. Excerpts from the exclusive interview. 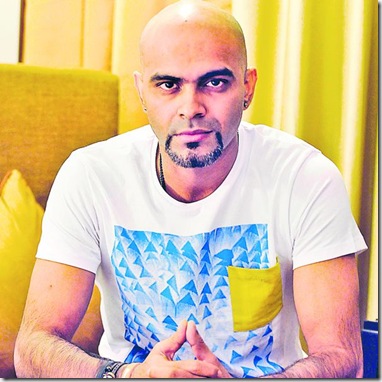 1. How did you start Roadies? How did the idea come to you?

I always had the ambition to work in MTV; in fact, I came to Mumbai to become the VP of MTV! It was quite hard for me at first, but then I was picked up by the BBC. I was working with them on a travel show which had elements of reality.

In 2003, Hero Honda launched Karizma. And it was so different from the other bikes of that time. It was sporty looking, and their target consumer was very clearly a young, upwardly mobile cool kid. So they came to MTV with an idea, where they said ‘We want you to do a show where young cool kids are seen riding Karizmas over different terrains in the country. They had tentatively called it Roadies, and they were looking for someone to do it. They called me and and that’s how I came to be here.

How the idea happened is, quite a few things were happening at that time . I was born a Brahmin but I gave up Brahminism, and then I gave up religion altogether. The 2002 riots had just happened. I had rejected religion, I had rejected human goodness as well. And I was researching what happens after I die. I was obsessed with that topic at that time. And out of this loss of faith – in God, in human goodness – an obsession with the darker aspects of like – I think somewhere, Roadies came out of that. It is my hunt for human goodness in a fucked-up world.

2. And does Roadies help you find the answers towards those questions – about life after death, about God?

It does, it does. Both the auditions as well as the journey. The journey in a very unfair world, where it is easy to do wrong to somebody, it is difficult to make the right choices. And yet, if someone makes the right choice – that is the experiment that Roadies is.

“I myself am not a politician’s son or an actor’s son, I am very like the guys that I interview.” 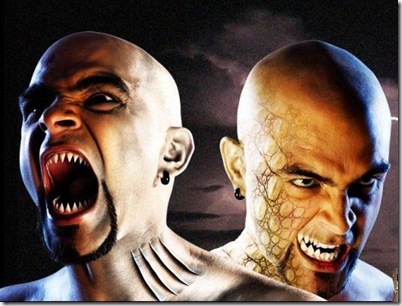 3. When I started watching Roadies, I found out that I liked the auditions more than the actual show…

(interrupts) I have heard that so many times. It’s depressing!

4. I liked the way you would read people’s personality. How do you do it? Do you read about psychology?

No, it is from my own experience. I haven’t read a lot of psychology but … let me tell you something. Human nature is predictable. Esp. at that age – 22, 23 – you’re still raw. I myself am not a politician’s son or an actor’s son, I am very like the guys that I interview. Also, these guys have been observed by others, the moderators pick out people who stand out during group discussions, they have a form that they fill in, so when they come to me I have had a discussion with the moderator, I have read the forms thoroughly… so I have some kind of a rough idea by the time the person comes in. And then I ask questions, the answers to which will give me more clues.

I’m just trying to figure out whether this person will be reactive in front of the camera in a particular situation, and not bother too much about the camera, whether he’s willing to put himself out there. So I guess I do end up psychoanalyzing to some extent and so far I’ve been lucky more often than not.

5. Anyone you have met on Roadies who has made an impact on you, made you change the way you think?

I have a feeling that I go through something like a confirmation bias. I get impacted when somebody says something negative. I can’t remember any time when my opinion has changed after talking to somebody. It does affect me emotionally a lot of times. I have had people walk up to me and tell me about their marital problems. There are some stories which are so inspiring, so moving, so disturbing – I don’t think too much about them. They don’t change my point of view about anything – not because I’m averse to changing my point of view – but it affects me at an emotional rather than intellectual level.

6. Roadies has solidified your image as an Angry Young Man, a Terrifying Young Man rather! Did you write this book to change that impression?

See, I have created that image myself. And I have maintained that image for 10 years. In Roadies, there is a very blurred line between reality and what is shown. So it’s not like my image bothers me, it really doesn’t. In fact I use it to make a better show. But what does bother me is that … I started thinking about my legacy. As somebody who writes songs, who sings songs, who creates… my legacy cannot be ‘Aggressive Bald Guy’. I wanted to kind of set the record straight. I wanted to tell my side of the story. Because maybe I want to be understood. 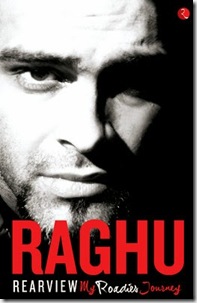 “It’s not like my image bothers me, it really doesn’t.”

7. Let’s talk about your book. In it, you have talked about things that you regret, like casting Ashutosh, losing your hair, losing your health… so would say that success has taken a toll on you?

Yes, my health is not the best. I have spondylosis, I have bronchitis, I have acidity … but that’s OK. It’s not a regret that I have. Success is not simple. Esp. in a country like India. You have to do a lot to succeed. It has taken a toll on me, my mental makeup as well. But again, it’s something that I can work on. It’s not something that I regret.

“I have very very strong issues with schools examining students and calling people failures before their lives have even started.”

8. Is there a particular section of the book that is more close to you? That you want to highlight?

The first is my initial school years where I was bullied a lot. Ragging is banned now, but bullying is not something that we deal with at an educational institution. There is bullying in every school. Two, I have very very strong issues with schools examining students and calling people failures before their lives have even started. That’s something I’ve tried to highlight.

9. Did writing this book help you know yourself better?

10. You come across as a very strong individual who has strong opinions on issues and says it loud enough. Do you think you can make an impact on the youth of India, change their mindset about things?

I think leading by example is what has worked for me. And I think that is the same approach that will work for setting an example for youth. I cannot tell people what to say and what to think, I can share my thoughts and I can show my deeds. Instead of saying ‘Vote for a new party’ I will go out there and do it myself. I get very inspired by autobiographies … I get inspired by them because they’ve actually done it.

Obviously! That’s what I did. 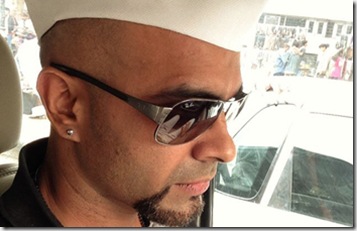 12. Do you have plans of working with them?

I don’t have plans to join the party but I do support them. I just met them in Delhi. They are very open to ideas. They have a very youth-based approach. Older political parties … everybody is corrupt, you know it, you know it in your bones. Then there are these divisive parties.

That’s the idea of Swaraj – everybody is involved. Whatever is happening, if you don’t like it, either accept it, or accept the responsibility to change it. What I can do… I have the ear of some people. Celebrities have these fan bases. I am not comfortable calling myself a celebrity, but I can try and tell them my thoughts. I can serve best by being vocal on certain platforms like social media. So I’m doing that.

I only read non-fiction. My favourite are autobiographies. I am currently reading True Grit by Bear Grylls, about real life survival stories in extreme situations. Before that I read Usain Bolt’s autobiography, before that there was Mary Kom’s autobiography…

I normally carry 4-6 books with me, I read at airports, on flights… and I don’t watch TV.

I never get the time. I would love to…

16. A lot of people feel that Roadies is scripted…

See, it’s like believing in God. Anybody who believes in God, no amount of proof that God doesn’t exist is enough to change their mind. This question has been raised many times in the past. See, with our process we have been very transparent. The book is very transparent. Yet, so many guys who come to the auditions, only certain people make it, people feel there is some sort of sifaarish that gets you through. No amount of proof will be enough to convince everyone.

Thank you, Mr. Raghu Ram, for taking time out of your busy schedule for this interview with IndiaBookStore. We wish you all the best for your future endeavors!